Share
The Library hosts several interesting artefacts: a papyrus fragment, a secure chest, a canonball and two globes. Historically it also functioned partly as a 'cabinet of curiosities' and some of these still survive, both in the library and stored elsewhere. 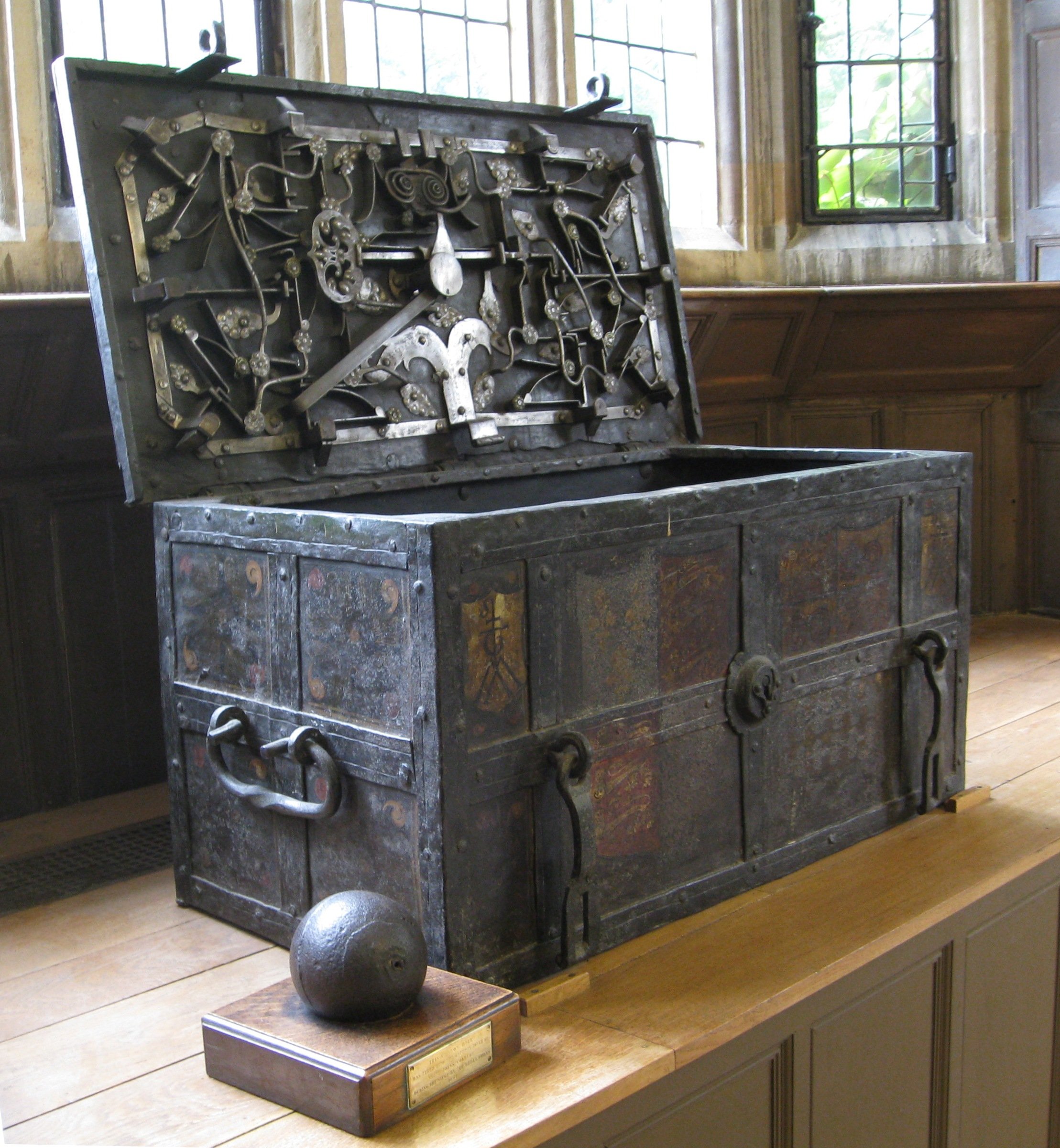 The Founder's chest with elaborate locking mechanism and a 17th-century cannonball, on display in the Library.

Scattered around the Library are several miscellaneous artefacts from various periods. These include:

In the 17th century the Laudian Library played host to items of scientific interest. As well as globes there were two skeletons in specially designed cabinets supplied by John Speed (the first anatomy lecturer at Oxford, and son of the mapmaker) who also gave us an illustrated account of how he put them together. By the 18th century these collections had become a jumble of curiosities. As well as the micrographic portrait mentioned above visitors also reported seeing 'a monster lamb with two heads', 'a hat made of cloves', 'a bird of paradise', 'a stone taken from a man's bladder, of a large size' in a silver casket, and other such items. To add to these the antiquary and physician John Pointer, a Fellow of Merton, fell out with his College and deposited his collection of curiosities with St John's. Some of these items still survive in collections outside of the Library. The stone from a man's bladder is now in the College's silver collections and the few remnants of the Pointer collection are deposited with the Museum of the History of Science in Oxford, most notably a chest containing mineral and biological samples (although Pointer's albums of handwritten and printed curiosities remain in the Library as manuscripts 253 and 254). Unfortunately many of the more curious items (the monster lamb, the skeletons, etc.) have disappeared into the mists of time. 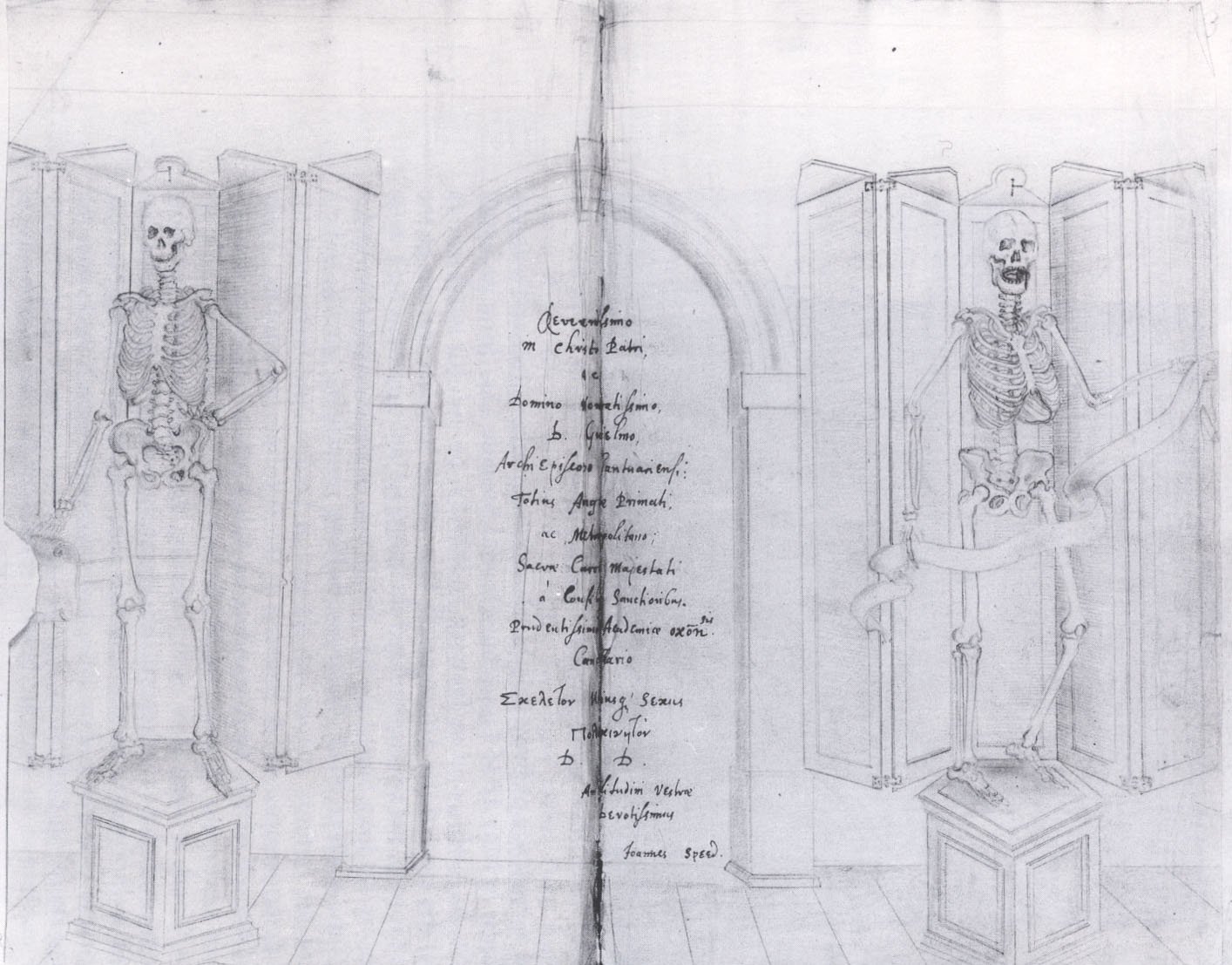