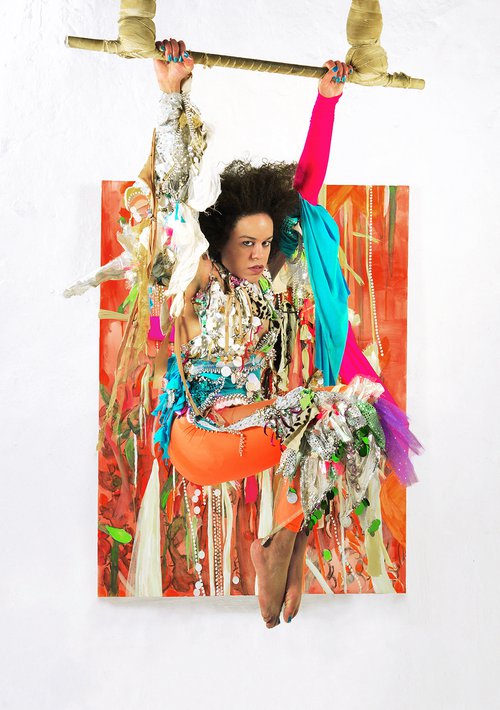 #QC sees Allen's interdisciplinary works conspire to invite the viewer into dialogues through which notions of cultural authenticity and the production of meaning are visibly contested.

The exhibition features a series of bespoke ‘exotic’ costume-adorned paintings, QC selfies,  live atonal cello and raw sub linguistic vocal performances, transforming The Kendrew Barn into a space where notions of cultural authenticity and taboo are challenged via a series of unexpected visual and aural combinations.

There is a private viewing of the exhibition in the Barn on Wednesday 23 March at 7-9 PM. Entry is free and open to the public.

The exhibition is open to the public between 12:30 and 17:00 on the following dates: 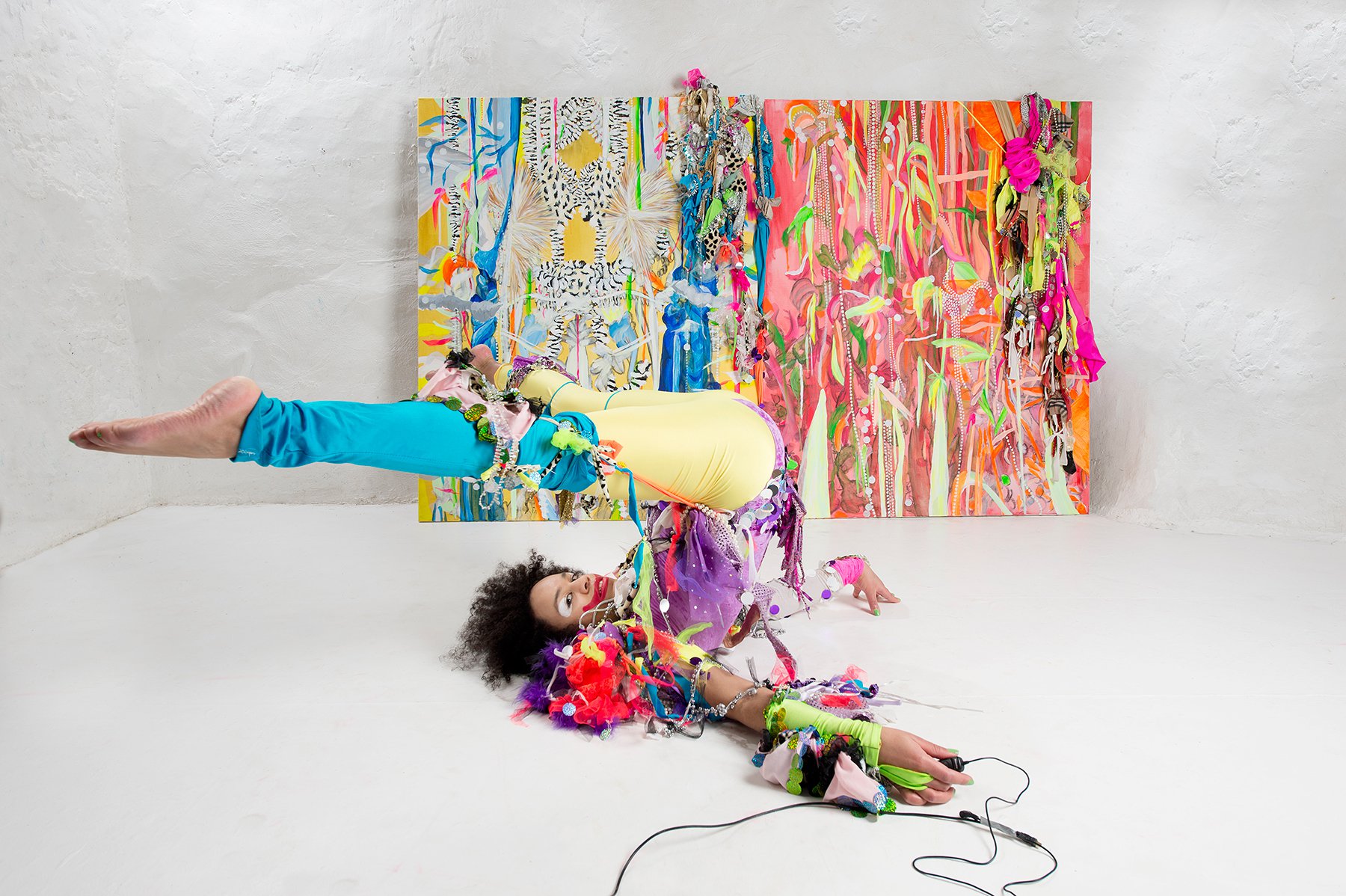