The 14th International Roman Law Moot Court was held online in early April 2021. Hosted by the Eberhard Karls Universität Tübingen, this year’s competition featured a problem question set in the former Roman province of Raetia, and centred around an expatriate horse breeder’s quarrels with the local population.

Teams from eight European universities debated the horse breeder's contractual rights against an Alemannic equestrian as well as a local sculptor under the actio praescriptis verbis and the actio locati, respectively. Students were challenged to determine these by reference to Emperor Justinian’s Corpus Iuris Civilis, compiled in the 6th century AD, and yet the legal issues raised with regard to 30-day free trial periods and failed parcel deliveries would have been of equal contemporary relevance. 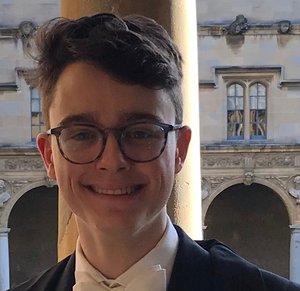 'The International Roman Law Moot Court has taken place (in different iterations) every year since 2008, and is held between a group of European Universities – of which Oxford and Cambridge are the UK Cohort. Teams compete over multiple rounds acting as legal representatives of parties in a hypothetical suit in Roman Law. The rounds are judged by Roman Law professors in panels from the different participant institutions.

This year, the problem concerned a horse breeder's two claims against an equestrian (an actio praescriptis verbis being brought in respect to breaches of implied terms in a hire-purchase agreement) and a sculptor (the actio locati being used to obtain damages in respect to negligent sub-contracting of transportation of delicate figurines). Arguing on behalf of the claimant in the latter of these, I found the experience to be highly enjoyable. Even though circumstances meant the competition could not be held in Tübingen, I still got the exciting (if rather unusual) experience of the Regius Professor of Civil Law at Cambridge asking me: ‘What standard of care should one take in the transportation of plaster statues?’ (For which, of course, I had a fourfold answer prepared.) The competition was also a great way to (virtually) leave the place I had been living and studying for the past few months, and muse with fellow students (from around Europe) as to the ambiguities in fifth-century Imperial enactments on civil procedure, and, I might add, more socially normal things besides.

Preliminary rounds saw us up against several teams, which we prevailed against to progress to the out-rounds. (As a point of pure interest, one of these teams was the University of Cambridge.) We then saw ourselves facing the University of Liège in the Semi-Finals, our final success coming in the Grand-Final against University of Naples Federico II. I could not give a fair account of the competition without thanking the University of Tübingen for organising it, as well as my teammates – Kacper Kryk (Corpus Christi), Henry Fahrenkamp (Magdalen), and Yun Kei Chow (Christ Church) – and our coach, Prof. Joe Sampson (Magdalen).

Having been far away from St John's itself, it's been nice to reflect on the long history of Roman Law here. Alberico Gentili, who is considered by some to be the ‘father’ of modern Public International Law, came to St John's in 1581. His strong academic credentials led to him becoming Regius Professor of Civil Law six years later. He would be part of a long line of truly international scholars who brought new and critical perspectives to the study of law, something reflected in the law faculty at St John’s to this day.’

Many congratulations to Ben and the rest of the team!