Share
Alice, who is completing her doctorate at St John's, is conducting a project focusing on the cultural impact of Call the Midwife in conversation with viewers 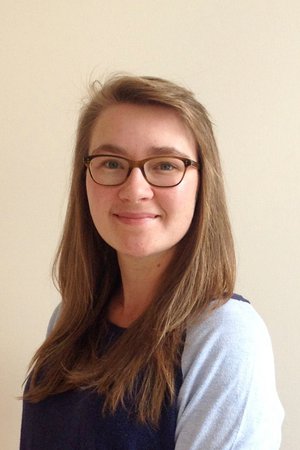 Alice Watson, a postgraduate at St John’s College and in the School of Geography, is one of the few people to have been awarded a grant to conduct public engagement research in celebration of the BBC’s centenary this year. To mark 100 years of broadcasting, the Arts and Humanities Research Council (AHRC) has launched an exciting programme of public engagement activities. This includes supporting seven new research projects across UK universities that will directly involve public participants to examine, explore, and articulate their connection with the BBC.

Alice’s project, which she developed in partnership with BBC History, is focusing on Call the Midwife, one of the BBC’s most watched and celebrated television dramas that explores Britain’s medical and social history. Building on her doctoral research on radio broadcasting, she aims to co-produce with audiences a special podcast series that illuminates the cultural impact of the programme. Each of the podcast episodes will record two viewers in conversation who reflect on and share their personal experiences of a particular storyline from the show, such as the legalisation of abortion, decriminalisation of homosexuality, or Thalidomide scandal. By asking BBC audiences ‘what does Call the Midwife mean to you?’, her podcast will produce new and diverse storytelling, and elicit untold local stories and intergenerational conversations inspired by watching the drama. Mirroring Call the Midwife’s dockland setting, Alice aims to recruit viewers from diverse communities in three port cities: namely, Liverpool, Newcastle, and Bristol.

Alice said "I am absolutely delighted to have been awarded an AHRC research grant to undertake this special project and it is a real privilege to be a part of the BBC’s centenary celebrations this year. I have been a fan of Call the Midwife ever since its first broadcast and feel incredibly lucky to be able to work together with the BBC in producing a podcast that celebrates the programme and its storytelling. Even though Call the Midwife is set in East London in the 1950s and 60s, its subject matter continues to resonate with and speak to people and communities in the present day. I am looking forward to meeting with audiences and recording the voices and stories of viewers who remember, lived through, or have personal experience of its storylines. Similarly, I hope my project will build on recent disciplinary interest in popular culture and advance research in cultural geography by foregrounding audio and methods of listening with the latest ‘creative turn’".

Alice’s research project - entitled “Nonnatus House, Midwife Speaking": co-curating a new oral history of Call the Midwife with BBC audiences - is due to start on May 9th and will run until the end of October. You can follow the AHRC for updates on Twitter @ahrcpress, and read more about the project on the AHRC Press Release here.