Share
Works will refurbish the Old Library and Laudian Libraries, as well as replacing the columns of the cloisters 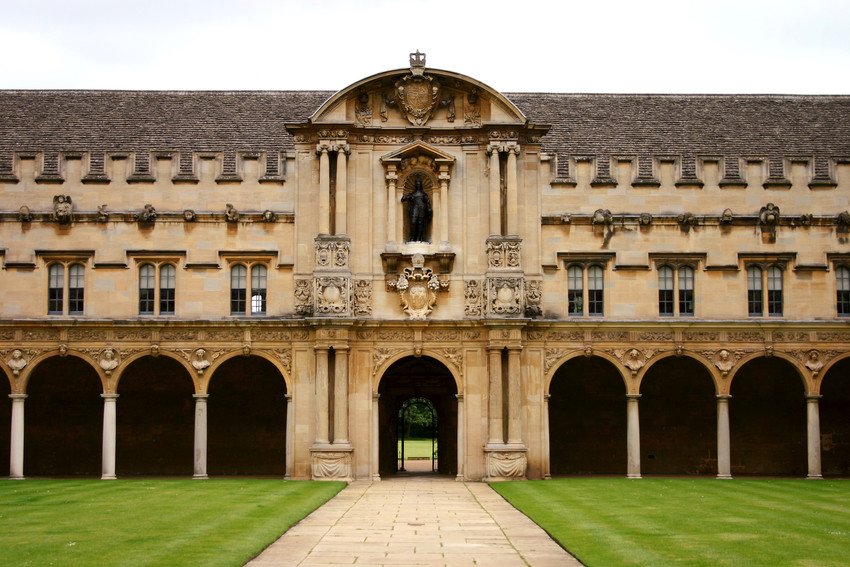 Canterbury Quad with its original cloisters

Those of you who have recently visited College may have noticed that Canterbury Quadrangle has temporarily given up its unofficial distinction as one of the quietest places in Oxford due to the essential renovation works currently taking place.

The renovation will replace the quad’s famous columns, as well as renovating the Old Library and Laudian Libraries, which sit above the cloisters.

The Canterbury Quadrangle, Archbishop Laud’s most generous and enduring gift to the College, was built between 1631 and 1635 on what was originally the site of the College gardens. The Grade I listed site cost an extravagant £5,553 to build, and the three-day opening party was attended by King Charles I and his wife Queen Henrietta, whose statues stand facing each other in the eastern and western sides of the quadrangle.

This is not the first time the Canterbury columns have needed refurbishment, with some of the original Bletchingdon marble columns replaced in 1905 by Portland stone. As the quarry which originally supplied the columns has long since closed down, the new columns have been carved from Swaledale fossil after much investigation into the most suitable alternative.

Work has been progressing well, and over the last few weeks the new columns have arrived and installation has begun, while the Old Library is being fitted with a new oak floor.

The works are being carried out by local construction firm Beard and are expected to be completed by early 2023. Check back in 2408 to see if the new columns have lasted as long as the originals!