Share
To mark International Women in Engineering Day on 23 June, women in the St John's community share their experiences of working in this dynamic, rewarding field.

Women in Engineering Day is an international awareness campaign to raise the profile of women in engineering and focus attention on the amazing career opportunities available to girls in this exciting industry. It celebrates the outstanding achievements of women engineers throughout the world.

Here at St John’s we are committed to diversity in all forms and believe INWED offers a fantastic opportunity to highlight some of our talented women engineering students, staff and alumnae. We filmed our Lecturer in Engineering Dr Priyanka Dhopade, and three of her students, talking about their subject: 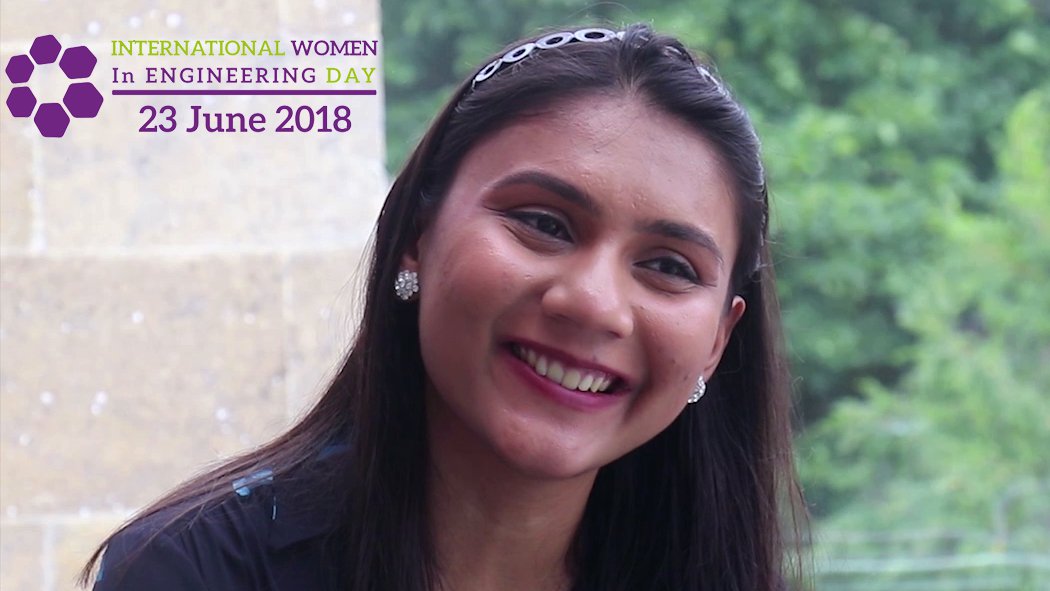 " I believe passionately that the flexibility and variety that an engineering career offers can take women to wherever they want to be. " Rachel Gittens

Rachel Gittens, Chartered Civil Engineer
Many St John's engineering alumnae in have gone on to develop highly successful and rewarding careers. One of them is Rachel Gittens (2001), a Chartered Civil Engineer (CEng MICE) who has worked in the construction industry for 13 years since she graduated from St John’s. In 2016 she was appointed as one of the youngest female Infrastructure Associates for Ove Arup & Partners International Ltd. 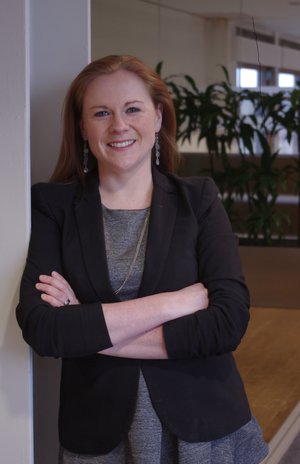 Rachel has designed and delivered a number of large and complex infrastructure projects across the UK, Europe and Australia, including the London 2012 Olympic and Paralympic Games. More recently, she has been working as part of Arup's Infrastructure Advisory Team, of which she is a founding member, working with national infrastructure owners to provide advice on asset management, strategic policy and regulatory compliance.

Speaking of her career, Rachel says:
‘From an early age it was evident that I wasn’t going to follow any social convention of what a girl should be like. I hated dolls; it was dinosaurs, cars, Lego and trains which held my attention. I was always eager to know how things worked and wanted to help my dad around the house. I was never discouraged from doing so, and as a result by the age of ten I was adept at simple DIY and able to drain our central heating system! I was privileged to have a long line of engineers in my family, and although none of them were women I never considered that a barrier. I knew what an engineer was and I wanted to be one.

My physics teacher at school actively supported my ambition and championed me to pursue it. She arranged work experience for me at GEC Marconi, where two weeks quickly turned into a six-week placement. I loved it and from that point on I didn’t look back.

I still remember my interview at St John’s. I was asked what type of engineering I wanted to do. What had attracted me to the course at Oxford, apart from studying alongside some of the world’s most prestigious engineering academics, was that I didn’t have to pick an area to specialise in. So I responded “there are lots of areas I am interested in, but I want to keep my options open. However, I know I definitely don’t want to be a civil engineer.”

I am, of course, a Chartered Civil Engineer and have worked in the construction industry since I graduated!  For some reason I had developed an idea of what civil engineering was, and that it wasn’t for me. My perception changed when I started working on a wind farm project in my third year. I was reluctant initially, but the engineers on this project completely changed my ideas. They were so passionate about what they did, as they effortlessly translated the theory into something tangible. It made me curious. What drove this passion, and their ability to inspire others? I ended up doing the sub-structure and foundation design for the project. I was a civil and geotechnical engineer! The rest, as they say, is history.

I started my career at Arup in 2005 as a graduate geotechnical engineer. Over the next six years I worked on an array of complex infrastructure projects across the highways, rail and commercial building sectors. These included Cardiff International Sports Village, Galecopper Bridge, Brisbane Airport Link and London 2012 Olympic and Paralympic Games. Over this time I found I had a career that was so fulfilling. It maintained my curiosity and fed my passion to continually learn, as each project was so different from the next. I was required to develop and adapt my technical ability, and challenge my approach to problem solving.

In 2011, a few years after the recession hit, I made the big decision to transfer from ‘traditional engineering’ to the provision of strategic and policy advice to infrastructure owners such as DfT, Highways England and Network Rail. This was a new world which I wasn’t particularly comfortable in. I wasn’t sure how as an engineer I was meant to provide ‘strategic advice’, and sat in meetings where much was said but little was achieved. Then I realised being an engineer was the biggest asset I brought to this environment. I found that I was able to simply translate engineering problems into a boardroom environment and vice versa.

As a result, in 2014 I was honoured to be part of the small team that transformed the Highways Agency into Highways England. We were required to advise government departments on how they needed to change. My approach, as a practical engineer, brought me acceptance and success in this sector, helping infrastructure owners effectively deliver in a regulated environment.

I recently presented at Oxford University’s first Women in Engineering Symposium. My aim was to challenge the inaccurate and negative perception which is putting women off pursuing a career in this sector. I have not experienced any barriers in my career due to my gender, and I want women to see that they can thrive in an environment that is predominately male. My colleagues are respectful of me as I am of them. I am accepted as a woman, a wife, a mother. But first, last and always as an engineer.

In 2016 I was appointed Arup’s second youngest female Infrastructure Associate in the UK (of approx. 1800) and the youngest in the Midlands region (of 400). I achieved my promotion while transferring sectors, supporting the development of a new team, and working part time after returning from maternity leave. I know that women before me have encountered barriers, and I am grateful for their hard work that has allowed my path to be a smoother one. I am evidence that there is no reason why women cannot have a successful career in engineering that is engaging, challenging, maintains their curiosity and allows them to grow.

My path hasn’t been what I perceived a career in engineering would be. I have been able to work as an economist, a physiologist, a lawyer, a business consultant and an accountant, because of the skills that I have developed as an engineer. I have only been able to achieve this by embracing change and challenging my own perceptions.

I believe passionately that the flexibility and variety that an engineering career offers can take women to wherever they want to be. It is only yourself and your perceptions that will hold you back.

So always challenge them!'