Share
On Saturday 30 June alumni who matriculated in 1988 and 1989 returned to College for a Gaudy Lunch. 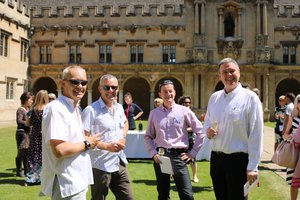 About 80 alumni returned to St John's to catch up with old friends and reminisce. They enjoyed drinks in Canterbury Quad in glorious sunshine, while some took the opportunity to reacquaint themselves with the garden and their former lodgings.

During lunch in Hall, the President spoke of how 1988 and 1989 had been particularly notable years for the College, in terms of both diversity and academic achievement. It was then that the JCR elected its first female President and St John’s topped the Norrington Table, the University’s ranking of colleges according to their Finals results. 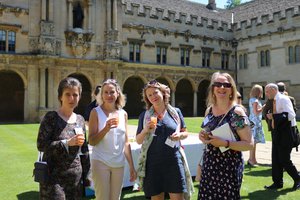 Socialising continued in the College Bar well into the afternoon – a favourite haunt of both current and returning students!

It was lovely to see so many alumni back in College, we hope they enjoyed the occasion. 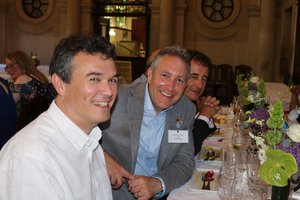 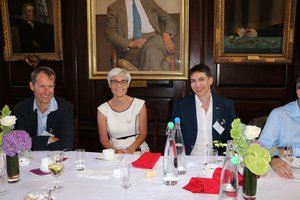