Share
It is with great sadness that we announce that George Richardson CBE DCL Hon LLD, Honorary Fellow, died on 2 July 2019 aged 94. 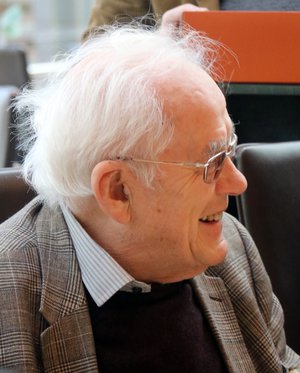 George Richardson was an Official Fellow of St John’s from 1951–89, teaching many generations of economists. He had first studied Mathematics and Physics at Aberdeen University but, after service in the Royal Navy Volunteer Reserve during the Second World War, came to Oxford to read PPE at Corpus Christi College. He became University Reader in Economics in 1969. He later served as Secretary to the Delegates and Chief Executive of Oxford University Press (1974–88) and was awarded a CBE in 1978. He subsequently became Warden of Keble College (1989–94).

A presence in College long into his retirement, he will be very much missed.

Dr George Richardson’s funeral will take place at 11am on Friday, 12 July in the Chapel of St John’s College. Refreshments will be served afterwards in the Hall. Please contact presidents.pa@sjc.ox.ac.uk if you would like to attend.