Share
Congratulations to Grace Molloy (2019, Physics) on being selected to represent Great Britain in the World Orienteering Championships in the Czech Republic next month after fantastic results in the UK trials over the last two weekends.

Grace competes in orienteering. For those of you unfamiliar with the sport, it involves navigating between a series of checkpoints in the shortest time possible. Most of Grace's training is running-based but she also makes sure to spend time doing orienteering to improve her navigation skills. 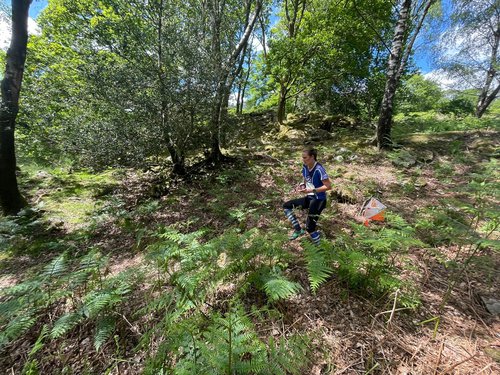 Over two weekends at the end of May and beginning of June, Grace travelled to Scotland and the Lake District to compete in the trial races for WOC. In Scotland, she raced two sprint distance events, which are around 4km and take place in an urban environment, so fast running and quick decision making are key. Grace finished an impressive 3rd place in both races.

On the next weekend, there was a middle distance and a long distance race. The middle and long distances are in forested terrains and in these disciplines it is important to be able to run over rough and steep terrain and to navigate accurately. Grace finished 2nd in the 6km middle distance, which was also the British Middle Distance Championships, and 1st in the 11km long distance. These performances meant that she was selected for the sprint, middle, long and relay races at WOC.

Grace says: “I am very excited to travel to the Czech Republic at the start of July for this competition and hope to get some good results in my first senior competition. I am very grateful for the St John's College Blues Grant scheme for the generous support”.

As well as Orienteering, Grace has obtained Blues in football, athletics and cross country over her time at St John's. Congratulations to Grace on her fantastic achievement, and best of luck at the Championships!