Share
Jessica Prince, a 4th year medical student, shares how she has found plenty of opportunities to develop her passion for music, while still studying hard for her degree. 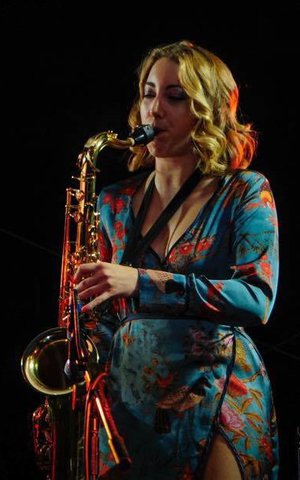 As I was torn between applying for medicine or music at university, continuing my music while studying was extremely important to me. Before applying to Oxford I heard the myths that tutors discourage extracurricular activities, and that students spend their life in the library. I felt I might be signing my life away when I accepted my offer. But by giving you a taster of some of the musical opportunities I've had, while also studying medicine, I hope to dispel some of these myths. I also hope to highlight the numerous musical activities that any musically minded person can immerse themselves in here.

It was at the beginning of my 2nd year that I threw myself into the music scene at Oxford. I had a jam with some friends from St John’s and, coincidentally, a few days later one of us was asked to put together a band to play at the Oxford Union’s Venetian Masquerade Ball. As there is a plethora of musical students in Oxford, it was not hard to find more people keen to play with us for the gig. We named our band ‘Keep It Trill’, solely because the ball needed us to have a name. On 6 November we performed our first ever gig. It was electric. Seeing the whole room dancing and having fun because of the music we were making just made me crave doing it again… and again. 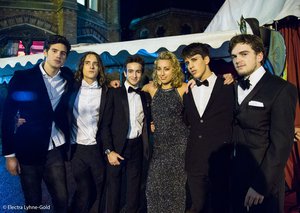 Since then ‘Keep It Trill’ has played around 50 gigs, at city venues, festivals and balls, including the St John’s Commemoration Ball. A particular highlight was playing at an Oxford Jazz Society Mad Hatter gig, as attending these in my first year was where my inspiration to play jazz in Oxford began. There are many small bands gigging regularly in Oxford, and many musical opportunities out there.

Playing in ‘Keep It Trill’ gave me the confidence to audition for a larger jazz band, ‘The Donut Kings’, in my 3rd year. This 21-member band has been playing for 16 years. I was incredibly fortunate to be selected to play tenor sax, and so another exciting year of music began for me. As well as numerous gigs around Oxford, the highlight of the year was playing on tour in Bangladesh, where for ten days we performed at a number of events in Dhaka. As jazz is very rarely played in Bangladesh, if at all, we were introducing a new music genre and hopefully inspiring future generations to enjoy listening to and playing it, which I found incredibly rewarding. We played to the President of Bangladesh’s friends and family, and also recorded a session that was later broadcast on Bangladeshi tv. What made this trip of a lifetime even more incredible was that, being a university band, most of our costs were covered by funding.

If jazz isn’t your musical scene there are many other ensembles covering all genres. I have particularly enjoyed playing as part of a band for student musicals such as ‘Anything Goes’.

I have even managed to incorporate music into my degree! Last year my BA in Medical Sciences Extended Essay was entitled ‘Auditory cheesecake? Evidence linking music and its underlying brain mechanisms to the pleasure network’. I discussed the potential evolutionary functions of music and explored whether music could be used as a therapeutic for certain conditions such as dyslexia.

Looking to the future, these incredible experiences have made me keen to pursue music further, and I am now considering applying for a Master’s after finishing my medical degree. St John’s has made this dream a possibility, as every year a music scholarship is awarded to a number of musical non-music students. Over the last two years I have been incredibly lucky to benefit from this. It has enabled me to have lessons with some prestigious musicians, including Martin Robertson, teacher of woodwind at the Royal College of Music.

So studying medicine at Oxford has definitely not resulted in me having to give up my passion for music; in fact I have developed as a player. Similarly, pursuing that passion has not resulted in me performing worse than my peers; in fact my tutors have encouraged it. This goes not just for music, but for all hobbies. The extracurricular activities and the scholarships available to help fund them are so diverse at Oxford; there are now more than 200 clubs and societies! Unsurprisingly, because students at Oxford are passionate about the subject they study, they often have other passions, too. As a student, you dictate your own university experience and, before you know it, find your own rhythm, which allows your study to be combined with other things that matter to you.