Share
Congratulations to Professor Amia Srinivasan, Tutorial Fellow in Philosophy at St John’s, who is one of the winners of the American Philosophical Association’s 2019 Philosophy Op-Ed Contest for her essay, 'The Right to Sex', published in the London Review of Books. 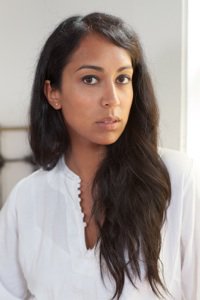 The American Philosophical Association (APA) promotes the discipline and profession of philosophy, both within the academy and in the public arena, and the APA committee on public philosophy sponsors a contest for the best opinion-editorials published by philosophers. The goal is to honour up to five standout pieces that successfully blend philosophical argumentation with an op-ed writing style. Winning submissions call public attention, either directly or indirectly, to the value of philosophical thinking. The pieces are judged in terms of their successes as examples of public philosophy, and should be accessible to the general public, focussed on important topics of public concern, and characterised by sound reasoning.

'The Right to Sex' was announced as one of this year’s five winners in August. Professor Srinivasan will be presented with the $100 prize cheque during a prize reception at one of the APA divisional meetings in 2020. Previously, Professor Srinivasan's essay was awarded the Sanders Public Philosophy Award, as well as named a finalist for the BBC's Russell Prize for the best writing of 2018. It was also excerpted in the programme for the National Theatre production of Martin Crimp's When We Have Sufficiently Tortured Each Other, directed by Katie Mitchell.

In her essay, Professor Srinivasan asks whether we can have a political critique of desire -- one that avoids authoritarian moralism and the logic of sexual entitlement, but that nonetheless takes seriously that who and what we desire is shaped by oppression. Beginning with a discussion of incels, the essay opens out into an exploration of radical feminism, online dating, sexual racism, queer identities and the politics of desire. 'The question,' she writes 'is how to dwell in the ambivalent place where we acknowledge that no one is obligated to desire anyone else, and that no one has a right to be desired, but also that who is desired and who isn’t is a political question, a question usually answered by more general patterns of domination and exclusion . . . To take this question seriously requires that we recognise that the very idea of fixed sexual preference is political, not metaphysical’.

You can read the essay in full on the London Review of Books website.