Share
Professor Dan Hicks, Lecturer in Archaeology and Anthropology at St John's, has been awarded the 2017 Rivers Medal by the Royal Anthropological Institute. 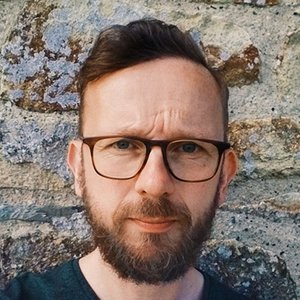 The Medal is one of the highest honours in Anthropology and Archaeology. It was founded in 1923 by the Council of the Institute in memory of its late President, William Halse Rivers, originally for 'anthropological work in the field' and more recently for anthropological work in a broader sense. Over the years, some of the most distinguished of all anthropologists have been awarded this medal, including founders of the discipline of Anthropology such as Alfred Haddon, Evans-Pritchard, and Bronislaw Malinowski.

The Medal is awarded for a recent body of work published over a period of five years which makes, as a whole, a significant contribution to social, physical or cultural anthropology or archaeology.

Dan is Curator at the Pitt Rivers Museum, Associate Professor in Archaeology, and currently the Junior Proctor of the University of Oxford. He receives the medal in recognition of "wide contributions across the fields of archaeology and anthropology", which range from his research on the historic collections of the Pitt Rivers Museum to the archaeology of the contemporary world and the material culture of the European refugee crisis.

Commenting about the medal, Dan said: ‘I'm delighted, honoured and humbled to have been awarded the Rivers Medal. Since 1923, the Medal has been received by many of the social anthropologists, physical anthropologists, and archaeologists whose work has inspired me. Today the Medal recognises the continued validity of understanding Archaeology and Anthropology as mutual enterprises. The ongoing task of refreshing and re-imagining the cognate nature of our two disciplines is reflected in this intellectual tradition. This task is what lies at the heart both of my own research, and also of how we teach Arch and Anth as a joint degree at Oxford.’

The medal will be formally conferred at the British Museum on 15 September.