Share
Many congratulations to Professor Blakemore on her election. 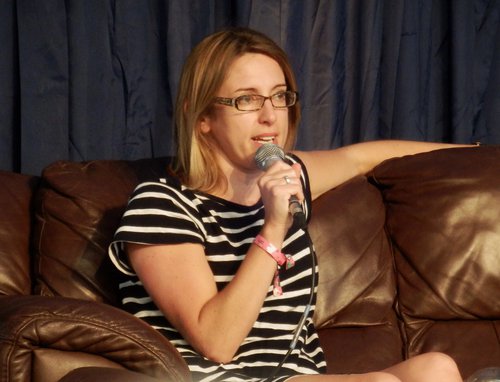 St John’s Alumna, Sarah-Jayne Blakemore (Psychology, 1993), Professor of Cognitive Neuroscience at University College London, has been elected a Fellow of the British Academy.

Professor Blakemore, Deputy Director of the UCL Institute of Cognitive Neuroscience, is known for her research into the teenage brain. She researches the development of social cognition and decision-making in the human adolescent brain. She is actively involved in public engagement, seeking to foster understanding of neuroscience and support of mental health in adolescence. She won the Royal Society Rosalind Franklin Award in 2013 and the Klaus J. Jacobs Research Prize in 2015.

‘It is a great honour to have been elected a Fellow of the British Academy for my research in psychology and cognitive neuroscience. My love for the subject started when I read Experimental Psychology at St John's. It's a wonderful subject to study at Oxford. An inspiring aspect of student life at St John's, which I probably took for granted at the time, was mixing and living with students from a wide variety of disciplines, including medicine, history, philosophy and literature. This had an important impact on the way I approached my academic studies, and my research often involves working with people from different subject areas and backgrounds.’

‘I am delighted to welcome this year’s exceptionally talented new Fellows to the Academy. The election of the largest cohort of Fellows in our history means the British Academy is better placed than ever to help tackle the challenges we all face today. Whether it’s social integration or the ageing society, the future of democracy or climate change, Brexit or the rise of artificial intelligence, the insights of the humanities and social sciences are essential as we navigate our way through an uncertain present into what we hope will be an exciting future.’