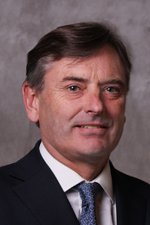 After studying at St John’s, he won a Kennedy Scholarship to Harvard, where he read for the LLM. He was called to the Bar in 1981 and practised in specialised commercial law areas such as shipping and insurance. He was appointed Queen’s Counsel in 1997, became an Assistant Recorder in 1999, a Recorder in 2000, and was appointed to sit as a Justice in the High Court in November 2008. In February 2016 he was appointed a Lord Justice of Appeal.

The Supreme Court is the UK’s top appeal court. The most senior court in the UK, it hears appeals on arguable points of law of general public importance, and concentrates on cases of the greatest public and constitutional importance. It has eleven justices, three of whom have just been appointed.

Alongside Sir Nicholas, the other new justices are Sir George Leggatt (the Rt Hon Lord Justice Leggatt) and Professor Andrew Burrows. The Right Hon Lord Reed has also been announced as the new President of the Supreme Court. The appointments were made by Her Majesty the Queen on the advice of the Prime Minister and Lord Chancellor, following the recommendations of independent selection committees.

Lady Hale, the current President of the Supreme Court, said, ‘I am delighted to welcome the appointments of the three new justices, all of whom are distinguished in their fields, and who will join the Court during 2020. I congratulate Lord Justice Hamblen, Lord Justice Leggatt and Professor Burrows, and I am confident that they will contribute to the success of the Court greatly.’