Share
With this year's Oxford Town and Gown race being cancelled due to coronavirus, we decided to run our own virtual event, with students and staff from across College taking part. 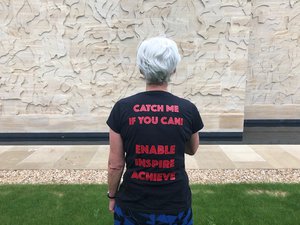 Sunday 3 May would have marked the 2020 Oxford Town and Gown race. The annual event, raising money for Muscular Dystrophy UK, takes the form of a 10k race run through the streets of Oxford, past iconic landmarks including the Oxford colleges, the Radcliffe Camera and the Bridge of Sighs.

Despite the cancellation of this year's race due to Coronavirus, there were plenty of St John's runners who still wanted to take part, so a virtual Town and Gown was organised to enable students and members of staff to do their own run and compete against other members of College for the best time.

18 members of College completed the 10k run, with 14 opting to take on 5k, and everyone provided verification of the distance run and the time it took. Runners were also invited to submit photos of themselves on their run as part of a photo competition, which produced some entertaining results! 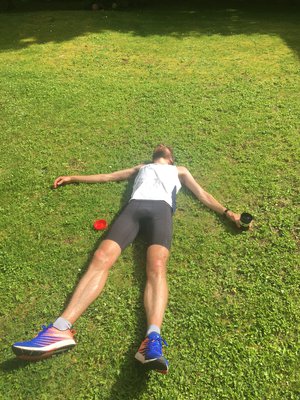 Solomon White finished first in the 10k, with a time of 37:32, while Aidan Smith won the 5k with a time of 15:25. Charlotte Dannatt was the fastest woman, and the runner-up in both races (37:43 in the 10k and 17:58 in the 5k). The President will be donating a prize of £100 to a charity chosen by each winner and runner-up – Solomon's prize will go to Médecins sans Frontières, Aidan's to Toilet Twinning, and Charlotte's to the Stacey and Lucy Foundation.

Professor Zoltán Molnár, the Fellow for Sport, will deliver specially designed St John's Town and Gown t-shirts to the five fastest participants in the 5k and the 10k races respectively. There were so many brilliant submissions in the photo competition that the Fellow for Sport decided to double the t-shirts awarded in this category to 10. The winners have been notified by email, and the t-shirts will be distributed once social distancing has been relaxed.

Congratulations to all of our runners for completing the race!