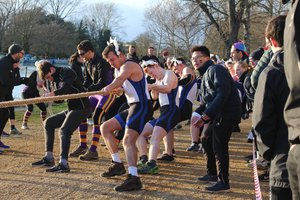 Due to conditions on the river this year’s Torpids, rowing races between the Oxford colleges, were unfortunately cancelled. However, the boat clubs came up with the alternative competition ‘Tug of Warpids’. MCR President Christopher D’Urso comments on how St John’s rose to the challenge:

‘On Saturday, 29 February, the St John’s College Boat Club participated in the first Tug of Warpids competition. With the annual Torpids bumps races cancelled due to adverse river conditions, Pembroke College Boat Club organized a tug of war competition as a replacement activity with prizes for the best team, best costume, and most enthusiastic. The St John’s College Boat Club entered two teams, each composed of four men and four women. Since they could not actually row in Torpids, one team competed while dressed in a 7-meter cardboard boat, named the HMS Maggie Snowling, which was designed by novice rowers George Corby and Benjamin Robinson along with fresher engineer Heather Russell. This team handily won both best costume and most enthusiastic. The second St John’s team, dressed as sheep after the boat club’s mascot of the Lamb & Flag, reached the top eight out of 36 teams. Overall, the day was incredibly fun way for the Boat Club to make the most of poor weather conditions and celebrate a term of tireless training.’ 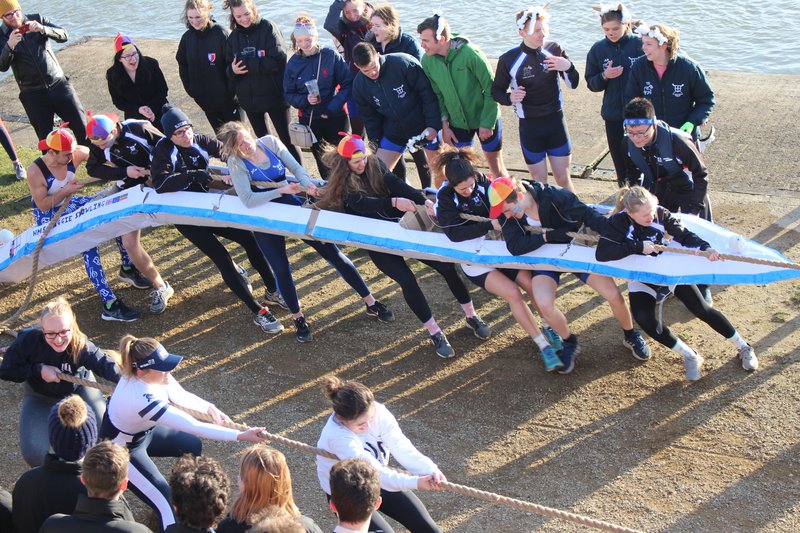