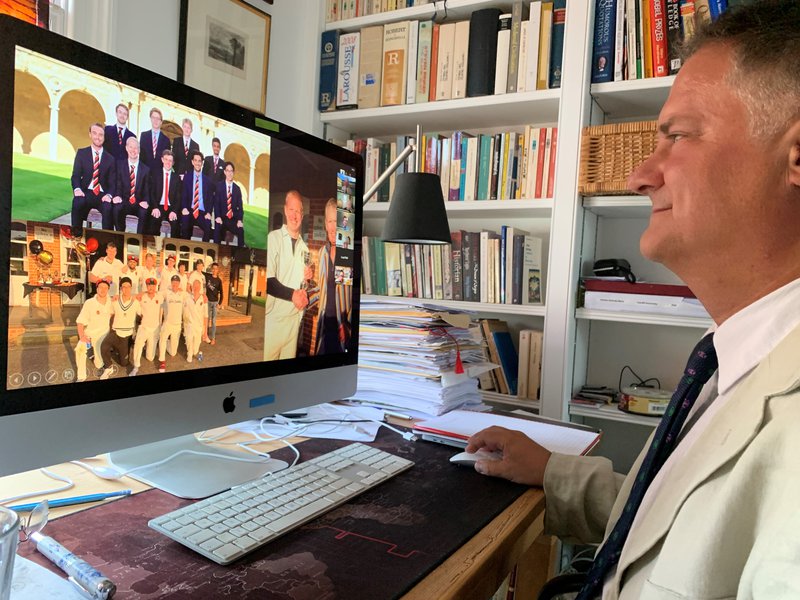 After a video showing St John’s sports stars past and present, the President welcomed attendees, citing Jürgen Klopp’s words about football seeming ‘the most important of the least important things’ currently and highlighting the impact of sport on health and well-being during the Covid-19 crisis. 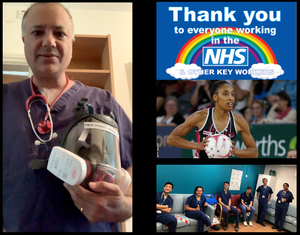 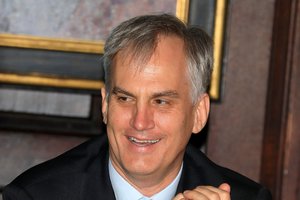 There was further inspiration from Martin Davies, former Economics Lecturer at St John’s and currently Associate Professor of Economics at Washington and Lee University in the US. He talked about sport and what it meant in his life. Martin is a world-class swimmer, Australian National Record Holder for both the 50- and 100m Backstroke (1986–7) and World Ranked 26 (100m Backstroke) and 24 (200m Backstroke) in 1986. Martin was also founder and chair of the Oxford University Swimming and Water Polo Association (2004–09) and founder of the Oxford v Cambridge Cross-Channel Relay in 1998. Martin held the University record in 100m Freestyle and 100m Backstroke and, twenty-four years after winning it in 1996, still holds the record for the 4 x 50m medley relay.

Charlotte Dannatt (Sportswoman of the Year)

Charlotte, a final-year Biomedical Sciences student, has won several competitions for Oxford University cross country and athletics and was President of OUAC over this last year. In March Charlotte won the Senior Women’s title at the British Cross Country Championships in Loughborough. She has also just won the title of Oxford University Sportswoman of the Year 2020 – many congratulations to her on this wonderful achievement.

Luke Hand (Sportsman of the Year)

Luke Hand has been an integral member of the College sporting community for the last three years. He has helped to grow the University baseball team to a half-blue standard as vice-captain and has been nominated ‘Batter of the Year’ several times. In 2020, Oxford University Baseball went unbeaten in an extraordinary nineteen-game winning streak, including their victory as National University Baseball Champions, in which Luke went on to start in every single game of the tournament. Luke has been vice-captain and captain of the first team for SJCAFC for two successive years and led the team to the Cuppers Quarter Final in 2020.

The Saints Lacrosse Team has won every match they’ve played this year, making it to Cuppers finals for the first time ever – that match was due to be played this term and the team are hoping it can be rescheduled to Michaelmas Term 2020. Team members have amazing team spirit and enthusiasm and players attend the weekly training sessions and have gone from strength to strength.

The Saints Women's Football Team won Cuppers – the first time ever and in very impressive style, beating St Catz 4–0. The first division league was unfortunately never completed due to a combination of bad weather and Covid-19, which took away the chance of a double. The Saints won every match they played this year, scoring 35 and conceding only four. A very impressive achievement!

The St John's 2nd XI Football Team has had an excellent year, achieving promotion and winning six of their seven games played. A notable result was the 12–3 victory against The Queen’s College.

All-round sportswoman Isobel Howard has contributed greatly to College sport over the past three years, organising weekly ‘Womfit’ sessions to keep the women of St John’s active and captaining the Women’s Team of the Year Netball team to a top-of-the-table finish. Over the past year she has taken on rugby and was selected for the OURFC Panthers squad, touring Gibraltar in summer 2019 and subsequently becoming vice-captain. This year, Isobel has been co-captain of the burgeoning Saints women’s rugby team and she took a leading role in organising the incredibly successful joint men’s and women’s tour to the Sciences Po University in Paris.