I read Arabic at Oxford and wrote my DPhil here on medieval Arabic poetic criticism while working in London on the archives of the British Political Agency, Kuwait. Then I taught Arabic language and literature at Manchester, and pioneered Media Arabic at Edinburgh when the Arabic media were in their pre-electronic infancy. After St Andrews, followed by Paris 8 and the Sorbonne, where I also taught for the agrégation, I became a Professorial Fellow of St John’s in 2012.

I teach two core half-papers in ‘Classical’, i.e. pre-modern, Arabic literature, one for third-year undergraduates reading Arabic or Arabic and a European modern language (EMEL), the other for students taking Arabic as a subsidiary, as a rule with Persian, Hebrew, Sanskrit or Classics. I also teach part of a first-year introduction to the history, literatures and cultures of the Middle East, and I teach MSt and MPhil students as well as supervising DPhils. All the teaching in my subject is provided by the Faculty of Oriental Studies, so I generally give the tutorials as well as the lectures.

I study medieval to early modern Arabic literature, and literature in society. I read it across disciplinary boundaries, including geography, medicine, social history and biography. I have worked on poetic criticism and narratology, family and gender, slavery, representations of women, social memory, the history of emotions, and the poetry of Saladin’s court. I try to understand literature and its history in terms of the whole of its cultural context, including practices of living, thinking and seeing, and culturally specific textual practices. These interests merge in three strands in my current research: emotions, authorship as social practice, and visual poetry. My current team research project is something very different: with specialists from different disciplines (classics, astronomy, early modern book studies) in Oxford, Istanbul and Stanford, I'm working on an online ‘exhibition’ of Arabic and Persian astronomical manuscripts belonging to St John's and the Bodleian that were brought to Oxford by the mathematician, astronomer and humanist John Greaves in the late 1630s and copiously annotated by him in English, Latin, Greek, Arabic, Persian and Italian. The aims of the exhibition are to show how an early modern European scholar used Islamic sources to do science, and to promote the integration of Middle Eastern and European book studies. 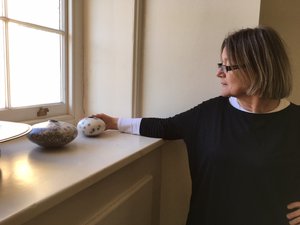 As a teenager I used to haunt the Victoria and Albert Museum. I passionately loved the Safavid textiles in the Islamic Art section. They told snatches of stories that lay just beyond my grasp involving lovers, birds and animals, fairies, angels. From there it was a step to falling in love with the angels on the cover of James Kritzeck’s Anthology of Islamic Literature and then with the contents, especially stories. I’ve spent the rest of my career discovering that there are always more stories (and poems), and better ways of reading them. The gorgeousness of the arts and architecture of North Africa and the Middle East, especially the textile arts, has remained an inspiration, reinforced by a passion for manuscripts which is fed now by the growing momentum of Middle Eastern book studies and the number of digitised manuscripts that can be feasted on online. One of the things that’s exciting about medieval Arabic literature is that, through the beauty of the Arabic script, it’s an experience that engages both mind and senses. 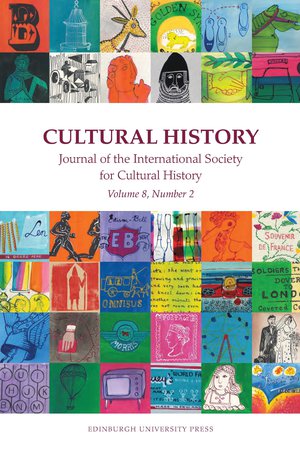 Bray J., ‘Reading ‘the exotic’ and Organising the Production of Knowledge: al-Tanūkhī on Indians and Their Elephants’, Asiatische Studien/Études Asiatiques (Revue de la Société Suisse-Asie), 71.3 (2017), special issue, Weaver J., Osti L. and Rudolf U. (eds), 'Putting the House of Wisdom in Order: The Fourth Islamic Century and the Impulse to Classify, Arrange and Inventory'