I was educated at state schools in Felixstowe (Suffolk) and then in Frome (Somerset). I studied Chemistry as an undergraduate at University College, Oxford after which I worked for my DPhil in 1980 at Imperial College. Following post-doctoral work I subsequently held a Lectureship (in Physical Chemistry) at Liverpool University for four years before joining Oxford University where I am now Professor of Chemistry and Aldrichian Praelector as well as being Tutor in Chemistry at St John’s.

At the undergraduate level I presently lecture on Electrochemistry and have recently taught Mathematics (to second-year Chemists). I teach St John’s undergraduates at different stages of the first three years of the MChem course covering differing aspects of Physical Chemistry as well as supervising Part 2 students from across the University. The College-based teaching is done in groups and seeks to develop a rigorous, bottom-up and holistic appreciation of Physical Chemistry and as such synergising Chemistry with advanced Mathematics and elementary Physics.

The graduate textbook Understanding Voltammetry (with C. E. Banks) was published in 2007 (1st edition), 2011 (2nd edition) and 2018 (3rd edition) by Imperial College Press/World Scientific Publishing and listed as a ‘bestseller’. The Russian translation was published in 2015 and the Chinese in late 2021. Two companion volumes have been written: ‘Problems and Solutions’ (with C. Batchelor-McAuley and E. J. F.  Dickinson) was published in 2012 and ‘Understanding Voltammetry: The Simulation of Electrode Processes’ 1st edition with (E Laborda and K Ward) in 2013 and 2nd edition (additionally with E. Kätelhön) in 2020. 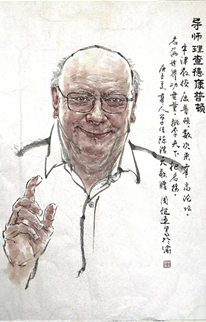 Understanding electrochemical processes is the key to developing energy storage and conversion devices (fuel cells, solar cells, batteries) as well as being at the heart of much of modern biology and nanotechnology. At the same time electrochemical sensors provide sensitive, selective, clean and easy to use approaches to the detection and monitoring of many important chemical species (gas sensors, blood sugar, pH).

The Compton Research Group has broad and deep interests ranging from fundamental electrochemistry (theory of electron transfer and of mass transport phenomena; theory of porous electrodes; explanation of nano-toxicity) to making chemical sensors where we have invented, patented and licensed calibration free pH sensing, food sensors for the heat of chilli peppers and for the strength of garlic, electrochemical detectors for bacteria, sensors for hydrogen sulfide under the high temperature and pressure conditions at the bottom of oil wells and for biomarkers in saliva.

The current major funding for the group is via a large collaborative, high-risk programme within the Oxford Martin School entitled ‘Monitoring Ocean Ecosystem’ with Profs Ros Rickaby and Heather Bouman (both Earth Sciences, Oxford) which aims to develop and undertake preliminary field-testing on prototypes for low cost sensor technology to continuously count and monitor oceanic phytoplankton and the calcium carbonate shells that they produce as part of their lifecycle. The sensor technology could be transformative in our understanding of the future global ocean carbon cycle and ecosystem status. Establishing a baseline of phytoplankton productivity and diversity could provide vital information for identifying environmental pressures, as well as providing an early warning system on developments like algal blooms which can be harmful to fisheries and conservation efforts.

Other research is focused on the development of bespoke pH and other sensors especially for medical (fetal blood) and environmental applications as well as on fundamental electrochemistry, especially modelling and theory.

A key feature of the Compton group has been and remains its internationality and its diversity.  At least a dozen former group members hold permanent academic posts from lecturer to professor in the UK whilst others have equivalent positions in Australia, Brazil, China, Colombia, France, Germany, Indonesia, Japan, Serbia, Singapore, Sri Lanka, Spain, Taiwan, Ukraine and USA.

I chose chemistry as a career because I was able to continue and combine, in different ways, my interests in chemistry, mathematics and geology, all of which attracted me as possible subjects. Thus my research group solves partial differential equations to describe electrochemical phenomena whilst the chemistry of calcium carbonate as the protective shells (coccoliths) of some marine plankton is a current focus of our work.

Patents have been filed on c. 30 different topics including electrochemical cannabis and amphetamine detection (basis of the spin-out OxTox), novel pH sensors (leading to the spin-out Senova, also licenses to ANB Sensors and Parker), gas sensing and the detection of garlic strength and chilli heat in foodstuffs (licensed to Zimmer and Peacock). Most recently patents have concerned electrochemical detection of bacteria (licensed to Zimmer and Peacock) and of plankton.

I hold Honorary Doctorates from the Estonian University of Life Sciences and Kharkov National University of Radio-electronics (Ukraine), am a Fellow of the Royal Society of Chemistry, of IUPAC and of the International Society of Electrochemistry and a Member of the Academy of Europe (MEA).

Recent awards include the following:

Interview about Electrochemistry for the Serbian Broadcasting Corporation (SBC), December 2017