Share
The Department for Education has announced that the Nuffield Early Language Intervention – proven to boost children’s early language skills – will be a key part of its COVID-19 catch up package for schools in England.

The Nuffield Early Language Intervention has been developed and extensively trialled by Professor Charles Hulme (Department of Education, University of Oxford) and the President, Professor Maggie Snowling. 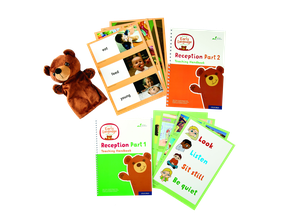 Up to £9 million is available for the catch-up programme to provide schools with training and resources, helping them deliver one-to-one and small-group support for five-year-olds whose spoken language skills may have suffered because of the pandemic. Every state-funded primary school with a Reception class in England is eligible to apply, with priority given to schools with a high proportion of disadvantaged pupils. Schools will receive resources and will be able to access online training from the start of the spring term 2021.

The Nuffield Early Language Intervention (NELI) is a 20-week targeted programme designed to improve the oral language skills of children aged 4–5 in need of language support. NELI can be delivered by a trained teaching assistant (TA), or early years educator, through small group and one-to-one sessions.

The programme has an initial focus on expressive and receptive vocabulary, listening and narrative skills through discussion of key thematic images and the retelling, creating and summarising of stories. During the latter half of the programme, phonological awareness and letter-sound knowledge activities are also introduced as a foundation for early literacy skills.

Earlier this year an independent evaluation by the Education Endowment Foundation (EEF) found that NELI boosts the language skills of four- and five-year olds by an additional three months.