Share
Congratulations to alumnus the Rt Hon Lord Hamblen (Jurisprudence 1976, Honorary Fellow 2017), who was sworn in as a Justice of the Supreme Court on Monday 13 January. 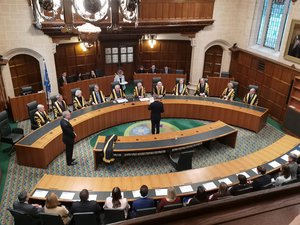 The Supreme Court is the UK's top appeal court and the most senior court in the UK, hearing appeals on arguable points of law of general public importance and concentrating on cases of the greatest public and constitutional importance. It has eleven justices; the appointment of Lord Justice Hamblen, alongside two other new justices and a new President in July 2019, was made by Her Majesty the Queen on the advice of the Prime Minister and Lord Chancellor, following the recommendations of independent selection committees.

Following his studies at St John's, the Rt Hon Lord Hamblen won a Kennedy Scholarship to Harvard, where he read for the LLM. He was called to the Bar in 1981 and practised in specialised commercial law areas such as shipping and insurance. He was appointed Queen's Counsel in 1997, became an Assistant Recorder in 1999 and a Recorder in 2000, and was appointed to sit as a Justice in the High Court in November 2008. In February 2016 he was appointed as a Lord Justice of Appeal.

Professor Mark Freedland, Emeritus Research Fellow in Law, said, 'We warmly congratulate Lord Hamblen upon his appointment as a Justice of the United Kingdom Supreme Court. I was invited to attend his swearing in ceremony, and was asked by many people present whether this auspicious and rapid ascent was foreseeable when Nicholas Hamblen was an undergraduate student - I was pleased to be able to say that this was indeed the case. This is a glorious first for St John's, and we wish Justice Hamblen a long and fulfilling tenure of this very high judicial office'.

You can watch the swearing in ceremony on the Supreme Court's YouTube channel. 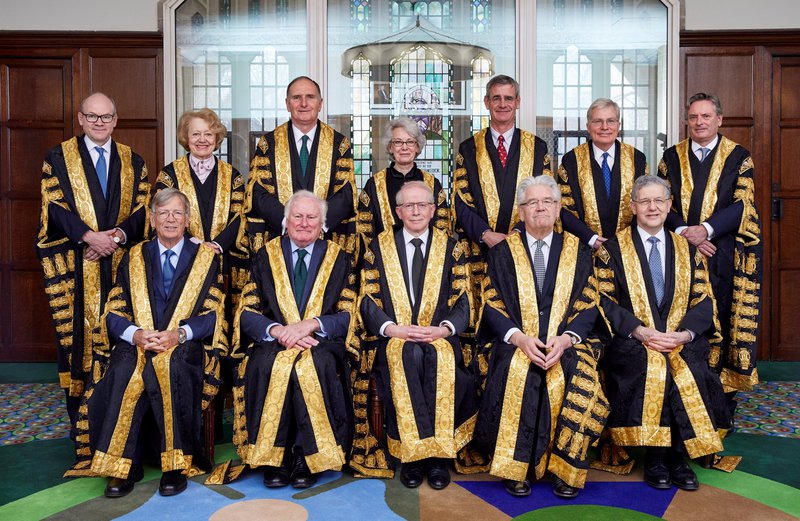