Share
Our Library team are working hard on a number of exciting projects that will allow members of College, and the general public, to find out more about some of the fascinating items in the St John's collections.

As well as content relating to the collections and the people associated with them, there will also be activities such as quizzes, and insights into our Library team's own favourite pieces. You can also take a look at the brand new St John's Library Twitter account to discover more about some of our collection highlights!

To start with, the Library team have turned four images from our historic collections into colouring sheets for you to print out and fill in at home! Click on each title or image to download the relevant picture to colour. 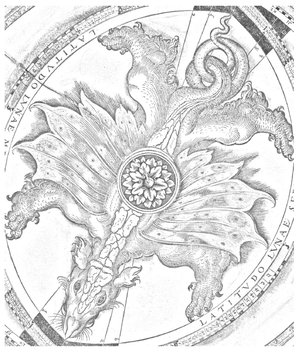 Famed for works in mathematics, astronomy and cosmography in the 16th century, Peter Apian (1495-1552) created this magnificent book embodying the Ptolemaic model of the solar system, just a few years before the rise of the heliocentric theory.

The vibrant diagrams are all hand-coloured volvelles – a type of analogue computer constructed out of paper, used to calculate the time and duration of astronomical and astrological movement. Each volvelle consists of several rotating parts, fixed to the book by thread ties, originally decorated with seed pearls, which have been lost from our copy over time. There are 21 full pages with moving parts, making this one of the most extensive sets of such instruments.

With this volume, Apian intended for his contemporaries to be able to cast horoscopes, without using the complicated mathematics that was associated with astronomy and astrology at the time. Frequently he uses the birthdays of his patron, Charles V, and of his brother and Co-Emperor Ferdinand I, throughout the text to exemplify this.

The library’s copy of Astronomicum Caesareum was given by Archbishop Laud in 1635. 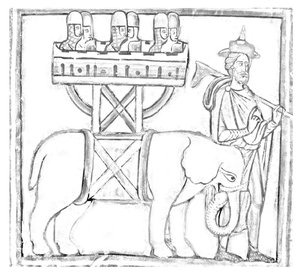 Dating back to late antiquity, bestiaries describe real and mythological animals using a combination of folklore, classical learning, and Christian allegory. This lavishly illuminated bestiary is the only known surviving manuscript from the Priory Church of the Holy Trinity in York. A reader added the English names of some animals in the late 15th century. The St John’s copy contains the common depiction of the elephant as a military beast. It was thought Persian and Indian soldiers built fortifications on the animals from which to fight (hence ‘Elephant and Castle’). 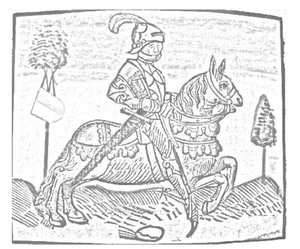 Geoffrey Chaucer’s Canterbury Tales, a collection of 24 stories in the context of a pilgrimage to Canterbury, is one of the greatest works of English literature. Written in Middle English between 1387 and 1400, it displays a great variety of genres, from the bawdy fabliau to the learned romance. The stories themselves and the prologue which describes the pilgrims showcase the breadth of the late medieval society.

This illustration of the knight appears in William Caxton’s second edition of Chaucer’s Canterbury Tales. The second edition from 1483 differs from the first in some text readings and, most obviously, in the inclusion of woodcuts that portray the pilgrims. The woodcuts illustrate the pilgrims’ social status through their garments and their postures, as well as the postures and harnesses of their horses. It is most likely that this copy of the book was initially sold ‘in black and white’, and that one of its first owners paid an illustrator to colour in the woodcuts.

William Caxton brought the printing press to England in 1476. Shortly before that he published the first ever printed book in the English language, in Bruges in 1475: his own translation of Raoul Le Fèvre’s Recueil des histoires de Troye. 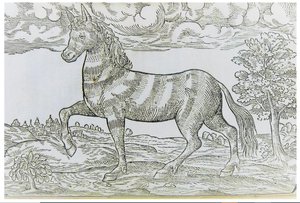 Duarte Lpes, Report of the Kingdome of Congo, a region of Africa, transl. Abraham Hartwell (London, 1597)

Although it looks like a horse, this is actually the first published illustration of a zebra.

In the last quarter of the 16th century Lopes, a Portuguese merchant, became the ambassador of Congo’s King Alvaro II to the Pope and to Philip II of Spain. His work is one of the earliest Western descriptions of Central Africa.

St John’s received this volume in 1745 through the bequest of the book-collector Nathaniel Crynes, a St John’s alumnus.