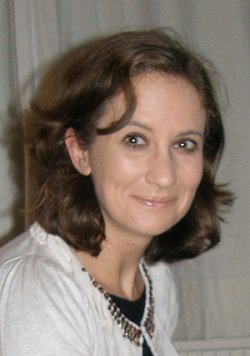 My research is concerned with artistic practice as a way of thinking about the obligations and conditions of the world as it is lived-in at particular moments, and the continuing interest into the twentieth century in art as a form of metaphysical thinking. For example, looking at painters who deploy mixed media as a rethinking of their practice, such as Georges Rouault, Jean Fautrier, or Prunella Clough, I am interested in how various constructions of the painted surface are understood as inscribed, or palimpsestual, or organic, or phenomenological. I am also concerned with the interaction between theory and artistic practice in the twentieth century – such as Merleau-Ponty’s interest in non-mimetic art as an opening into a form of vision – and in the debt twentieth-century practice has to older forms of thinking: to Scholasticism, for instance, or to eighteenth-century aesthetics and notions of empathy.

I have a background in literature as well as art history, and my research also borrows models from literary theory, and at times from literature, since I believe that the desire to rid modern art of the literary has led to a false division, and there is still much critical insight to be gained by such comparisons and borrowings. 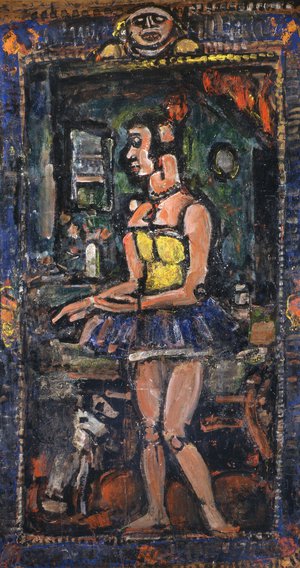 I have just finished a book, derived from my DPhil research on the painter Georges Rouault (1871-1958). Rouault’s work explodes the genre of painting – not least through his experiments with print making, ceramics and a host of mixed media works. Rouault also draws upon the residue of Gustave Moreau’s symbolism, the extremities of Fauvism, the writings of J.-K. Huysmans and Léon Bloy, and the radical theatrical experiments of Alfred Jarry. The repetitions and re-workings at the heart of Rouault’s process defy conventional chronological treatment, and place the emphasis upon the coming-into-being of the work of art. Ultimately, the process of ‘making’ is revealed as both a search for understanding and a response to the problematic world of the twentieth century. My book, Georges Rouault and Material Imagining (Bloomsbury Academic, 2019), approaches Rouault in relation to contemporary theories about making and material, examining how Rouault’s oeuvre constructs a ‘material consciousness’ that departs from other modern painters.

My work involves close analyses of specific paintings, and of sequences of paintings, in order to draw out the way in which certain terms of expression actually make certain epistemological and expressive claims. The aim of my research on Rouault has been three-fold: to introduce Rouault, who is a notoriously ‘difficult’ painter, in the context of modernist painting; to examine the notions of ‘material’ and of ‘making’ through Rouault’s work as well as in the writings surrounding and directly provoked by his work; and to propose new critical approaches to questions of materiality and painting.

My next major project revolves around a comparison of British and French abstraction, particularly in relation to landscape in the 1930s, and in the 1950s and 60s. Beginning with a study of the work and writings of Prunella Clough I am interested in the ways in which the genre of landscape painting, including notions of the picturesque and topology, as well as changing ideas about the status of the ‘object’, inform this work, and what kind of experience – of the painted or constructed landscape, or of the world outside the work – is at stake.