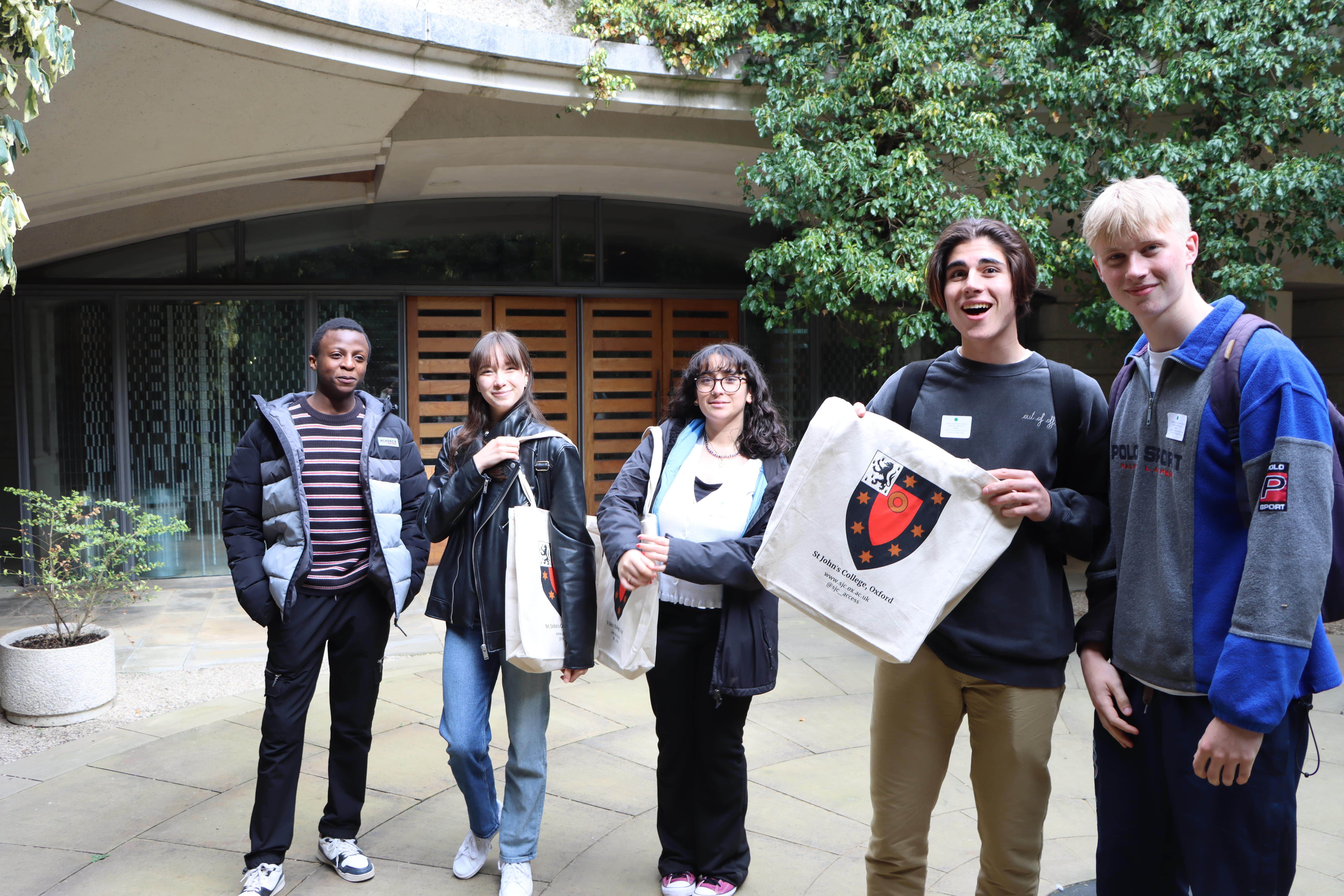 The competition is open to all UK students currently studying in Year 12 or equivalent, whether or not they are studying a Classical or Ancient subject, and gives students of any subjects an opportunity to write an essay on the classical world. The organisers are interested in providing an occasion for independent research, to encourage curiosity and reflection in those who have studied the ancient world before and those who have not.

For this year’s competition, entrants were asked to write a reflective and convincing essay in response to one of the following questions:

Congratulations to this year’s winners and commendations:

You can read the full marker’s report by clicking here. 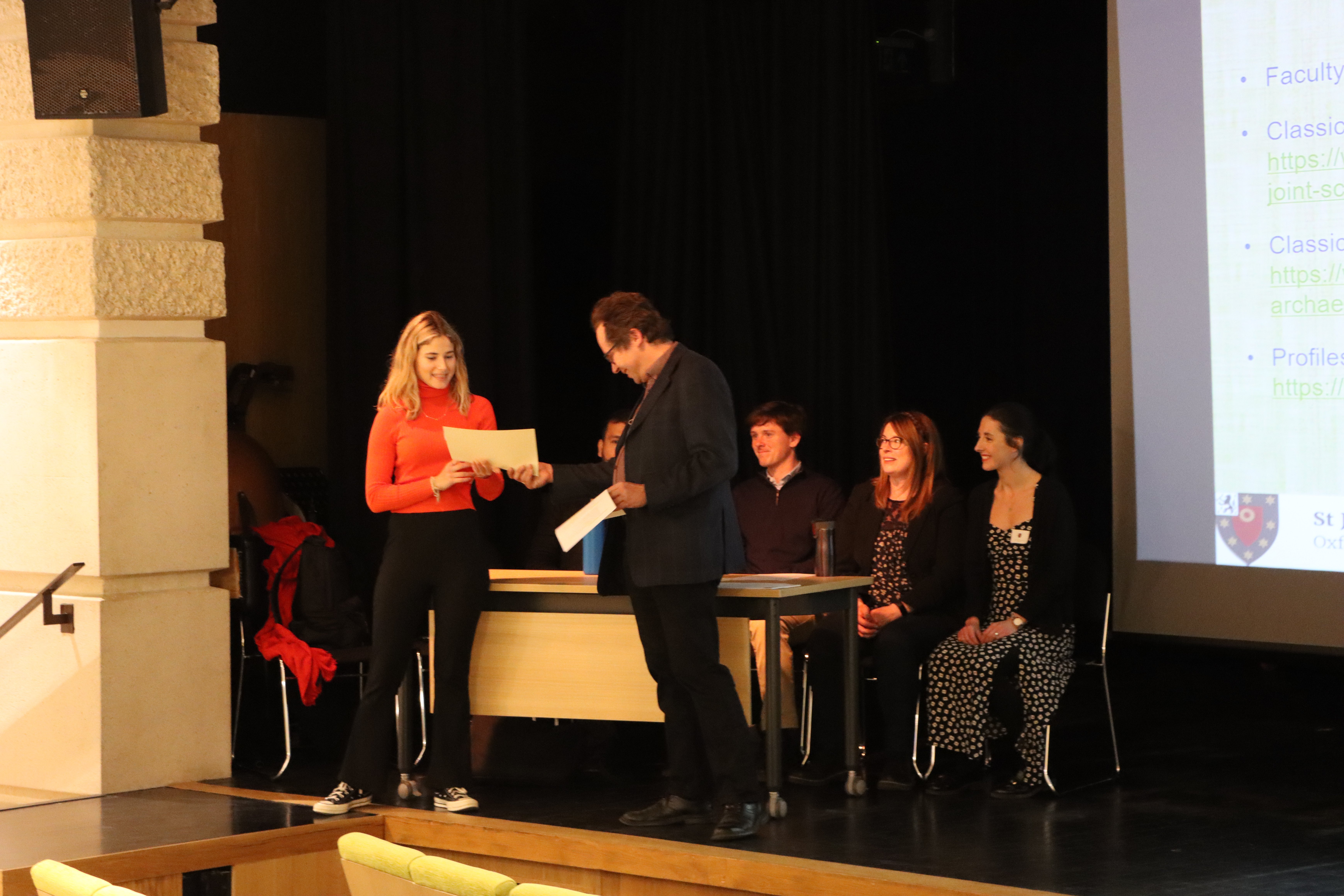 Competition entrants, alongside pupils from Inspire 12 & 13, were invited to join us at one of two Classics and Ancient History Study Exploration Afternoon, which we were delighted to host in-person on the 21st and 29th of April. We had 110 attendees over the two days, who attended academic taster sessions and spoke to our tutors and current students about studying Classics and Ancient History at Oxford.

Both sessions began with a welcome talk and an introduction to studying classics at Oxford, followed by a prize giving ceremony for the winners of the essay competition. Participants then attended two academic taster sessions led by St John’s tutors, with a total of eight talks on offer. Topics ranged from how to decorate a Roman house and feasts and spectacles in Pompeii, to gendered desire in ancient poetry and constitutional debates in classical Greek literature.

Pupils were also given a tour of St John’s, as well as lots of opportunities to chat to tutors and current students at a formal Q&A session and during afternoon refreshments.

We received some lovely feedback from pupils after the day, including:

A huge thank you to all our participants, pupils, Tutors and students, who helped make the Subject Exploration Afternoons a fun event for all!