In order to play its part in making St John’s College a diversity-aware place, the Library & Study Centre has launched its Diversity & Equality Collection this academic year. The collection aims to amend the historical gaps within the Library’s holdings to ensure that the Library represents the diverse community we have at St John’s College. We are striving to make the collection as diverse as possible by covering a breadth of subjects and texts written by authors from across the globe.

Our aim is for the collection to be a collaboration between students, staff, and Fellows. We will launch a book club in 2021 that will be available for all College members to participate in. As part of the book club, College members will have opportunities to create podcasts and publish reviews on the Library website.

All members of the College are welcomed and encouraged to submit suggestions for the Diversity & Equality Collection. We are especially interested in expanding the Classics, Economics, Law, Linguistics, Music, History of Science, Theology, and History of the Book sections of the collection.

Make a suggestion for the Diversity and Equality collection here. 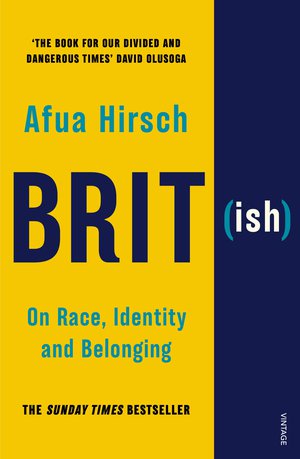 ‘Brit(ish): On Race, Identity and Belonging’ discusses black British history, culture and politics within the context of British identity. Afua Hirsch was born to a Jewish father and a Ghanaian mother, who both worked hard to provide him with a middle-class upbringing in Wimbledon. Although the people around her claimed that they could not see race, Hirsch describes how she was frequently discriminated against, and struggled to find a sense of identity and belonging when she was growing up. Hirsch delves at the history of colonialism, and interrogates how this continues to affect black people in Great Britain today. She interweaves her own personal memoir with discussions of history and culture, introducing the reader to the lived experiences of many black people in the UK today. As someone who is white and whose family has lived in the same area of northern England for several generations, I found Hirsch’s difficulties finding a place where she feels like she belongs particularly interesting and moving. Hirsch’s book shines a spotlight on aspects of British history and present culture that are rarely discussed in such depth. Hirsch’s book is written in a way that is very accessible for a wide range of readers. I would recommend this book for people who would like to gain a greater understanding of what it is like to be a person of colour in Britain today, and for those who have struggled with finding a sense of identity, like Hirsch herself. 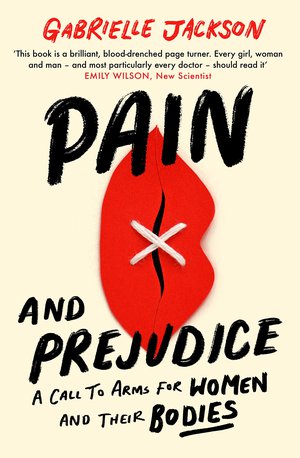 Pain and Prejudice by Gabrielle Jackson

‘Pain and Prejudice’ looks into how Western society and culture has historically treated, and continues to treat, women’s pain and suffering. Gabrielle Jackson discusses her own experiences of pain and illness, using her diagnosis of endometriosis as a starting point to branch off into other areas of women’s experiences in medicine. She delves into the history of hysteria and how this has continued to shape the way in which women are treated within medicine today. For example, prior to reading this book, I was unaware that women are half as likely as men to receive treatment for a heart attack, and twice as likely to die six months after discharge. Women are frequently turned away from hospitals when suffering from a heart attack or displaying symptoms of anxiety. Jackson also focuses on chronic pain for a large portion of her book; despite 70% of patients suffering from chronic pain conditions being female, 80% of pain studies are conducted on men, or male mice. By blending personal memoir with scientific research and history, Jackson provides a comprehensive and accessible insight into why women’s pain has been ignored, and what could be done to amend this. Jackson encourages women to learn that what is common is not necessarily normal. As Jackson herself says, ‘pain isn’t killing us, but it is denying us our full humanity. Refusing to understand this fact of life for women is tearing opportunities from our grasp. And I say, enough’. 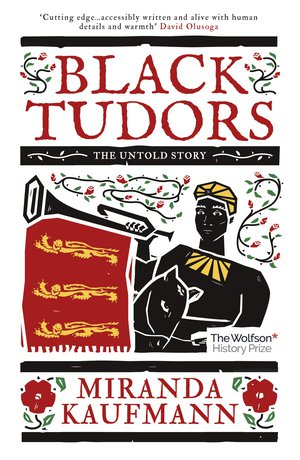 Black Tudors: The Untold Story is a surprising and engaging book. Miranda Kaufmann debunks the idea that Africans came to England only with the slave trade. She has found evidence of at least 360 black individuals living and working at many levels of society between 1500 and 1640. England was not a powerful country at the start of the Tudor period, with no colonies and no slave trade. Black Tudors may have come to England through trade with southern Europe and Africa, in the entourages of royal figures or as the result of English privateering but slavery was not recognised in England so that once these men and women arrived here, they were considered free.

From her meticulous research the author has pieced together 10 true-life stories, using details from archival sources such as parish records or household accounts. The three women and seven men about whom she writes were wage-earning or independent, and apparently no worse off than their white peers. That they were baptised or married at church indicates that they were accepted into society.

We learn about Jacques Francis, an expert swimmer and diver, hired to salvage guns from the wreck of the Mary Rose in 1546; about Diego, a sailor who was enslaved by the Spanish in Panama, came to Plymouth and died in the Moluccas, having circumnavigated half the globe with Sir Francis Drake; about Cattelena, unmarried, living in rural Gloucestershire and owning a cow; about Mary Fillis, the daughter of a Moroccan basket weaver and shovel-maker, who came to London around 1583-4 and became a servant to a wealthy merchant before working as a seamstress and converting to Christianity. These and the other reconstructed lives are set against a wider picture of the early modern world.

Miranda Kaufmann shows awareness of contemporary concerns while making clear that hers is a work of history, not politics. She ends by expressing the hope that her work will feed into a wider debate about the status and experiences of Africans in early modern England and how and why this was to change during the seventeenth century.