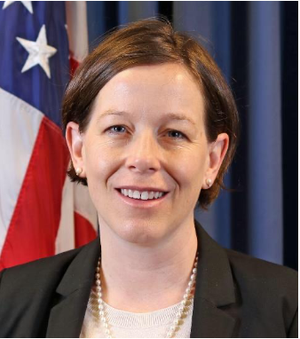 Kate Buzicky is an Assistant United States Attorney for the District of Minnesota, where she works on criminal appeals. From 2013 to 2018, Kate was the District’s Child Exploitation Crimes Coordinator.

What was it like being a woman while you attended St John’s?

I loved my time at St John’s. I had a wonderful community and a very serious academic environment in which I thrived. I also loved the sense of tradition in the college.

What do you think St John’s will look in 40 years’ time?

I hope it will be full of diverse kinds of people doing serious academic work. I am proud of St John’s for making efforts to improve access.

If you could give one piece of advice to current female students of St John’s, what would it be?

Be brave and take risks!