Share
The extensive College gardens provide a peaceful haven in the heart of the city. 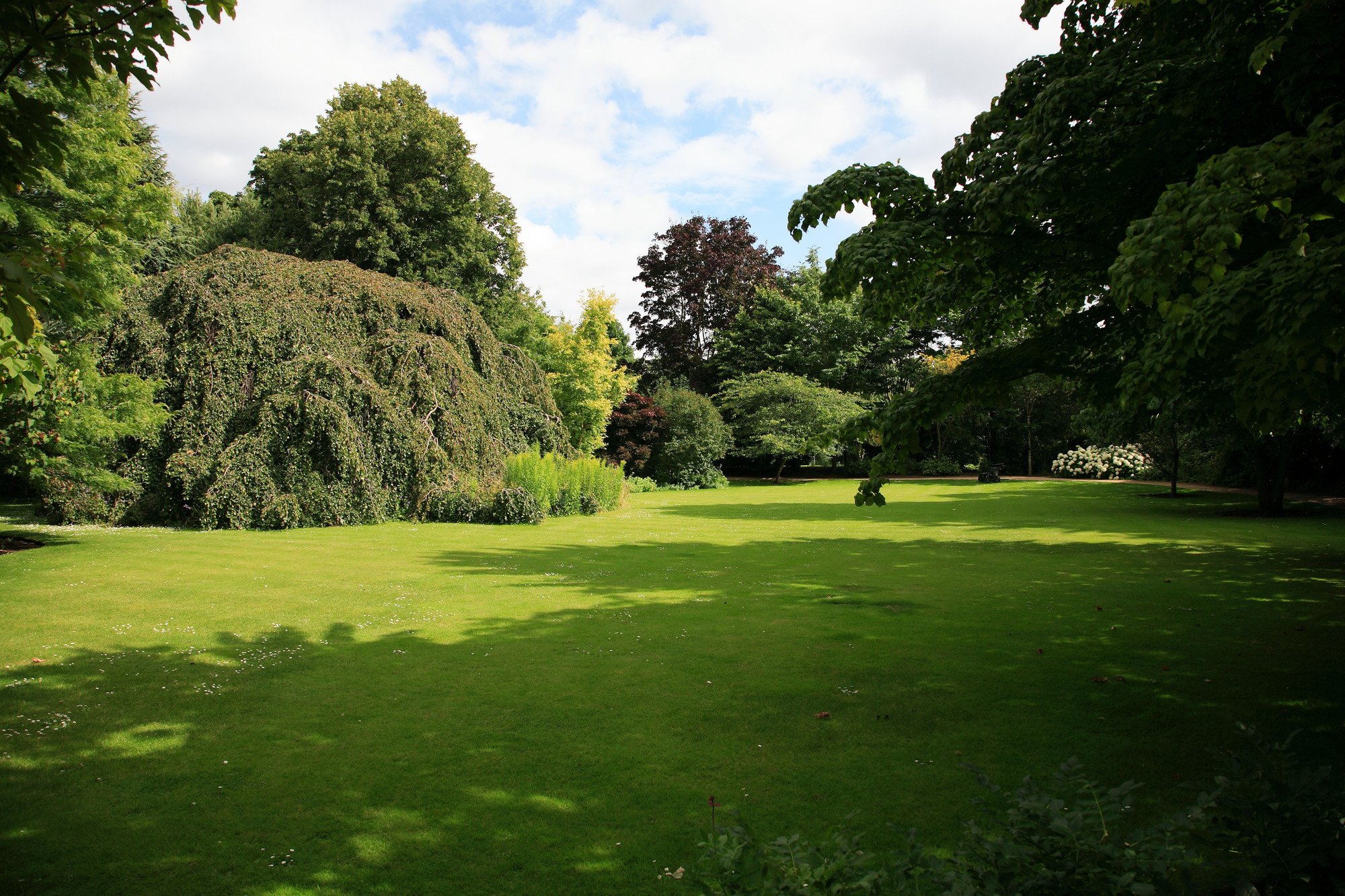 The gardens were first laid out in the 16th century, on the site of Canterbury Quadrangle. Beyond them was the Grove, stretching to the east. In 1600 four acres to the north were acquired by the College and enclosed, together with the original Grove, by a stone wall built in 1613 with money left by a former fellow, Edward Sprott. A stretch of Sprott's Wall survives today.

In 1700–23 the gardens were enlarged in a formal French style. The outer grove (site of the present lawn) was laid out with four quadrangles of pleached limes. In 1748, Thomas Salmon noted that the outer grove, reached from Canterbury Quadrangle, was ‘the general Rendezvous of Gentlemen and ladies every Sunday Evening in Summer; here we have an Opportunity of seeing the whole University together almost, as well as the better Sort of Townsmen and Ladies, who seldom fail of making their Appearance here at the same time, unless the Weather prevents them.’

By then the formality was beginning to go out of fashion and in 1772–78 the clipped trees and gravel pathways were swept away to make way for the present, more naturalistic arrangement. The wall between the two gardens was removed and the outer grove laid out as an unbroken lawn flanked by trees. The inner grove was planted with trees and shrubs. When George III visited the garden in 1785 he exclaimed that ‘his dominions did not contain another specimen of gardening skill to match it.’

The character of the two parts of the garden has remained distinct, despite the lack of a physical barrier between them. Much planting in the inner grove took place in the mid-19th century, and in the early 20th century a rock garden was added in the northwest corner by the Bursar, Henry Jardine Bidder, aided by the well-known botanist R.J. Farrer. This was remodelled in 1986.

The layout of the garden reflects the dominant influence of the landscaping movement in the second half of the 18th century. The main feature is the large lawn, framed by paths lined with trees and shrubs. Among the most notable trees are two large copper beeches, a cork oak and a paper-bark maple. Perhaps the finest tree in the garden is the fern-leaved beech at the northern end, now flanked by the new Kendrew Quadrangle.