Share
The College's collection of pictures includes many portraits of former Presidents, Fellows and distinguished alumni and benefactors, including several portraits of the Founder, of Archbishop Laud (President 1611-21), and of a notable 17th-century benefactor, Sir William Paddy. 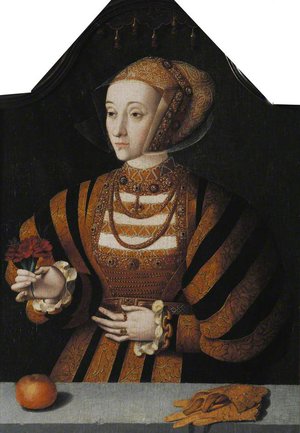 It also contains some pieces by old masters, including Jan Brueghel the elder, Bartolomeo Neroni, Abel Grimmer, Jan van Scorel, Bartholomaeus Bruyn the elder and Cornelius de Zeeuw, as well as some later acquisitions, which include John Piper and Hector Saunier.

The paintings are dispersed around the College, including parts of it that are not open to public access, but can be accessed for academic study. Those interested should apply to the Keeper of College Pictures.

Images of a considerable part of our picture and sculpture collection are available on Art UK, the online home of every public art collection in the UK. They have also been published in Georgina Dennis, Camilla Stewart and Andy Johnson, Oil Paintings in Public Ownership in Oxford University, vol. 2 (London 2015). The older portraits in the collection were extensively catalogued by Rachael Lane Poole, Catalogue of Portraits in the Possession of the University, Colleges, City and County of Oxford, vol. 3 (Oxford 1926).