People include alumni, fellows, benefactors, colonial administrators and former colonial subjects, with some found in two or more categories. 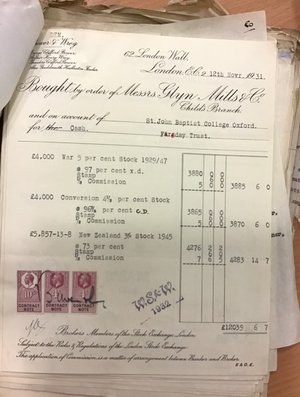 Money refers to direct benefactions to the College as well as inheritance, legacies, or incomes that enabled individuals to study at or afterwards benefit the College in some way, whose sources are linked to colonial trade, imperialism, and/or slavery.

Objects refer to objects owned and held by the College, including college silver, coins and medals, paintings and other art, furniture, ceramics, and manuscript and book collections.

Buildings and land include buildings, gardens, land within the main College site or owned by the College, and individual architectural or decorative features.

These categories are closely interlinked. For example, the primary focus may lie on an object, such as Kitchener's silver cigar box, but the primary point of connection for the College in terms of its own links with colonialism may be an individual, 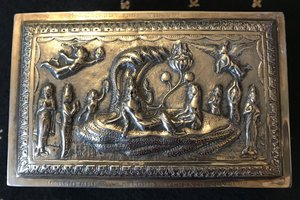 in this case H. J. Creedy, an alumnus and Fellow of St John's who worked closely with Lord Kitchener of Khartoum, in the War Office, and who presented the cigar box to the College (for more on the case of Kitchener's cigars, see our forthcoming blog!).

Sometimes several categories are closely connected and each has a point of relevance for St John's Colonial Past. This is the case with Richard Rawlinson, an alumnus as one of the College's biggest benefactors, whose family's wealth was connected with both the East India and the West India trade, and whose name and material remains are closely attached to important College buildings. Objects connected with Rawlinson, all with rich possibilities for research and investigation – some available, some missing but vouched for by written records – include a silver medal inscribed with the East India Company's arms, left to Richard by his mother's Will, and a silver tankard given to St John's by Richard's brother Thomas Rawlinson, also an alumnus of the College, who invested his wealth in the South Sea Company, which was closely associated with the Atlantic Slave Trade (again, keep an eye on our blog for more on this!). 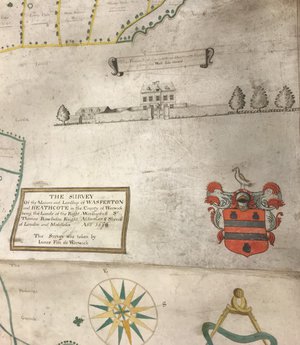 Since October we have already uncovered a considerable volume of colonial collections, but we have barely begun to scratch the surface. There is a great deal still to be done. For example, we have discovered a few names on the Legacies of British Slavery database who were alumni or benefactors of St John's, but these only represent the tip of the iceberg – there may be later generations of descendants or legatees who benefitted from slavery and gave money to St John's, but who had different family names from the slaveowners listed in the database.

It is one of the strengths of this project that it expands on the scope of other institutions' research on their past links with slavery by examining our links with colonialism and empire as a whole, including our connections with slavery and the slave trade, from the sixteenth century onwards. 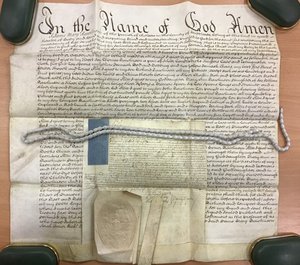 No research project can ever said to be complete, perhaps, and this is one where two years will uncover a fraction of the complete picture. However, the work done here may serve as a foundation to build on for a larger project in the future, with scope for intercollegiate collaboration, which looks at more Oxford colleges and their connections with colonialism and slavery, and benefits from research methodology, network building and dissemination tools and media developed here.

St John's is building a project which we hope will show that such research and its dissemination can and will be exciting, engaging, and ultimately constructive and beneficial for all stakeholders at St John's and in higher education, as well as students, colleges, alumni, benefactors, and the wider public.