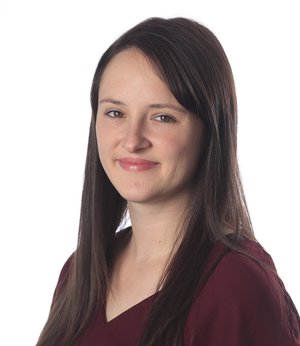 At the Large Hadron Collider (LHC) we study subatomic particles by accelerating protons until they are travelling close to the speed of light, then collide them together inside detectors deep underground. In these high energy collisions energy is converted into mass producing particles which traverse our detectors. The detectors record information about them, for instance their energy and their direction, helping us to reconstruct what has happened. These collisions occur millions of times per second, producing enormous amounts of experimental data. 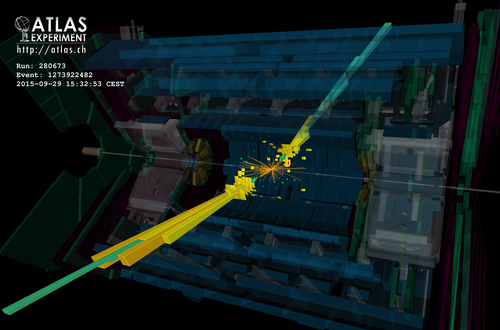 My research involves analysing the data from the ATLAS detector at the LHC, in order to search for the production of exotic new particles via their decay to quarks or gluons. Each quark or gluon shows up in the detector as a collimated spray of particles, called a jet, as shown in this image. If discovered, exotic new particles could provide evidence for the creation of excited quarks, indicating that quarks are made of smaller constituents, or quantum black holes, which could indicate that gravity can propagate in additional hidden dimensions. It could even potentially help us to understand what dark matter is made from, if we discovered a particle which links dark matter to normal matter.

Caption: A two jet (dijet) event in the ATLAS detector, from the production of two quarks or gluons.

New discoveries made in particle physics research may allow us to answer some of the most fundamental questions in physics, ultimately enhancing our understanding of the universe.