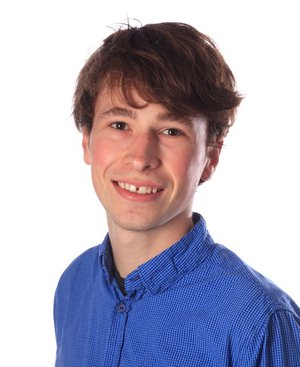 The transition to a sustainable global energy system which provides secure and affordable energy to a growing and developing world population is perhaps the key challenge of this century. Our response will shape global ecosystems and human prosperity.

Energy storage technology, while less photogenic than solar panels and wind farms, is already a pervasive and critical part of our energy system. It ranges from the very small scale, enabling our use of portable electronics (where Oxford already has an illustrious history as the birthplace of the lithium-ion battery) all the way up to vast lakes of water pumped uphill in times of energy excess, ready to be dispatched through hydroelectric plants when the grid needs extra power.

In the transition to electricity grids which are powered largely by wind and solar, storing energy will be even more crucial in balancing out the inevitable variations in supply. Combine this with another great challenge of the phasing out of petrol and diesel-powered vehicles – replaced by vehicles powered by energy we must store ourselves, rather than extract from ancient and vast fossil fuel deposits – and energy storage begins to look like the lynchpin technology of a sustainable energy system.

In order to meet the challenge of providing cheap, sustainable and scalable energy storage, new technology is required. And while batteries are currently catching all the headlines, it’s unlikely that any single technology could or should play every role in energy storage. Indeed, existing systems have always been based on a range of technologies, recognising the diverse requirements of a working electricity grid.

There’s a reason why liquid fuels are so widely used in transportation – they’re easily transported and pack a huge amount of energy into a small volume. In our lab, we are working on the chemical challenges associated with a sustainable liquid fuel which is starting to get more attention as a viable energy storage medium: ammonia (NH­3).

While you might be more familiar with ammonia as a building block for fertilisers or an ingredient in some cleaning products, it also has lots of desirable characteristics as a fuel. First and foremost is that, at the point of use, it doesn’t produce any greenhouse gas emissions. The energy density per litre of liquid ammonia is about 40% that of petrol and over 5 times that of the rechargeable lithium batteries that you’ll find in electric vehicles. It’s already made on a massive scale worldwide, and is easily stored and distributed, which is one of the issues which has plagued the development of hydrogen-based energy storage systems.

For applications where you need to either store a lot of energy (such as to balance the inter-seasonal variation in supply from solar or wind power) or store it in a small space (such as in transportation), a liquid fuel like ammonia is a desirable option. However, there are some challenges which need to be addressed in its use. Engineering controls must be employed to ensure its safe use and, like any replacement fuel, it must be produced in a sustainable process.

In terms of its chemistry, one of the biggest challenges is that ammonia actually doesn’t combust well on its own. Fortunately, it contains a large amount of hydrogen, which does. Our group has been developing catalysts to help release some or all of the stored hydrogen in ammonia, which enables it to be used effectively as a fuel. The most active existing catalysts for this ammonia decomposition process are based on ruthenium, a metal more rare and expensive than platinum. We have developed a new family of catalysts based on cheaper metals like sodium, lithium and calcium, in forms which show superior catalytic performance to ruthenium-based catalysts. Much of our work focuses on exploring and expanding this new family of catalysts, studying their structures as they decompose ammonia using techniques including X-ray and neutron diffraction in an effort to understand how they function. We hope to use this information to design even better catalysts and thus improve the viability of the use of ammonia as a sustainable fuel.