Share
The College continues to develop, with award-winning buildings of the highest quality. 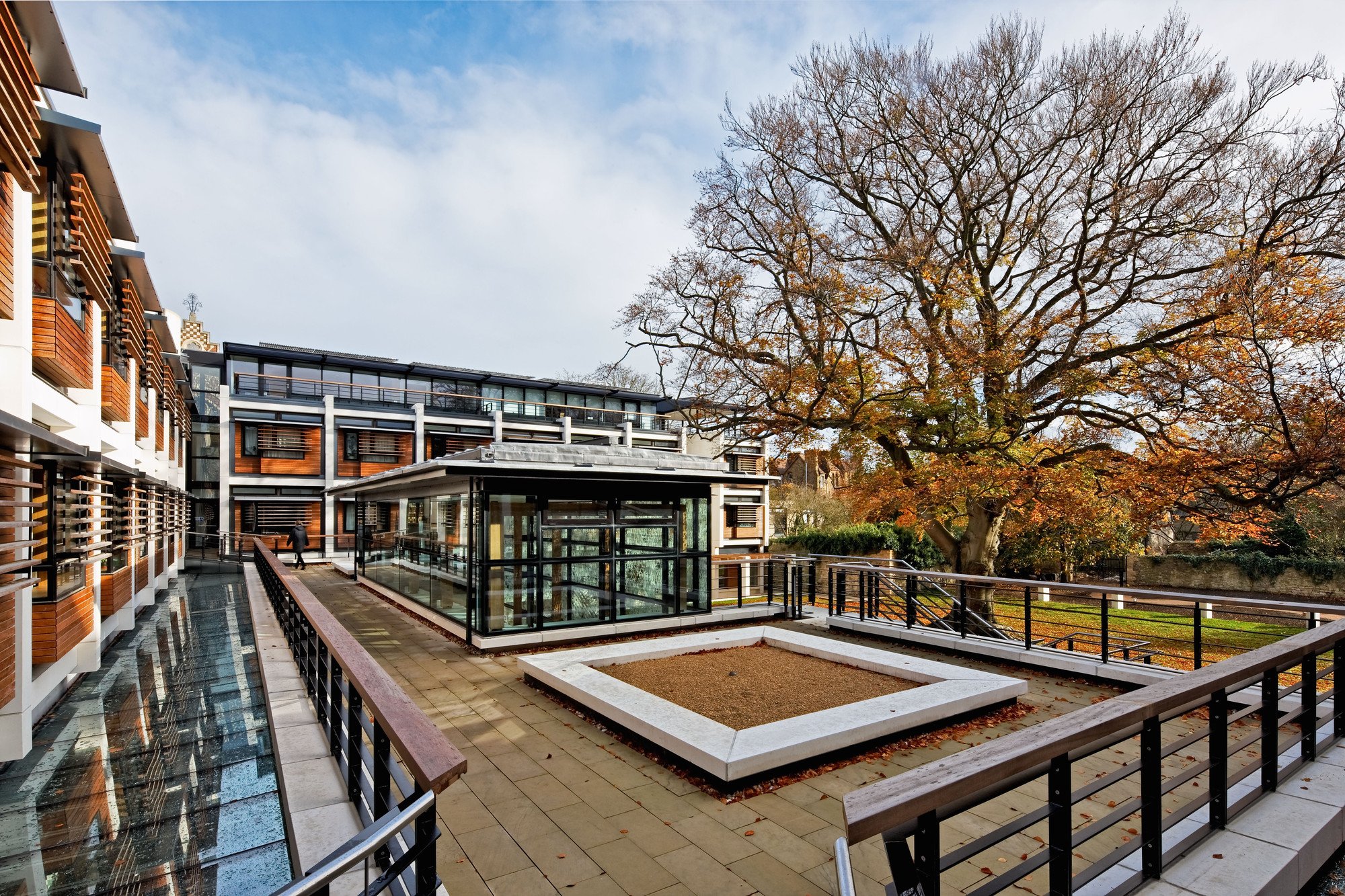 The Kendrew Quadrangle opened in 2010, at the northern end of College, built around a mature and beautiful beech tree. This award-winning building is named in honour of Sir John Kendrew, President from 1981 to 1987, generous benefactor to the College and Nobel Prize-winning molecular biologist. It responds sensitively to the unique context of the College and the city, as well as to the latest thinking on sustainability. It includes solar panels for hot water, geothermal heat pumps for the underfloor heating and air conditioning, a biomass boiler and low-energy lighting.

The quad allows the College to accommodate many more students and academic members. It also houses a new Law Library, College archives, teaching rooms, a gym, an events room and a large café.

The architect was Sir Richard MacCormac (1938–2014) of MJP Architects, who also designed the Garden Quadrangle (1994) and the extension to the Senior Common Room (2004).

RIBA National Award
‘This building sits very comfortably in its setting: a south-facing courtyard focused on a mature beech tree. In its covered cloisters and glazed common room roofs, in the student rooms and the external terraces, this is a building that blurs the definitions of inside and out. The building is a journey of discovery with a series of delightfully framed views through architectural spaces on to the garden.’

Civic Trust Awards Scheme
The Civic Trust Awards scheme was established in 1959 to recognise the very best in architecture, design, planning, landscape and public art. Awards are given to projects of the highest quality design, but only if they are judged to have made a positive cultural, social or economic contribution to the local community.

‘The beautifully crafted addition to this historic college in the centre of Oxford consists of students’ and fellows’ accommodation, as well as teaching rooms and communal facilities including a café, an events room, gym and art space. The modern building has a clear layout and has been added with respect and sensitivity to its surrounding listed buildings and historic grounds. The overall construction and detailing reflect an air of elegance and quality for student accommodation which is fully inclusive. At all stages of the development, full and effective consultation was undertaken with the Oxford Civic Society, the Oxford Preservation Trust and other representative groups.’

Oxford Preservation Trust New Buildings Award
‘The Kendrew Quadrangle is the latest development at St John’s College utilising space to the north of the main college buildings, responding to the surroundings, and bringing together art and architecture in an outstanding way. The College continues to give thought to its contribution to a wider Oxford outside its grounds. Glimpses of the buildings from St Giles and Museum Road add to their streetscapes, tempting, tantalising and enlivening the spaces. The standard of design and craftsmanship sets the bar for 21st-century college architecture at the very highest level and is something of which all Oxford can be proud.’

The new Library and Study Centre

The College is currently in the process of building a new Library and Study Centre, to meet the study needs of College members now and for many generations to come. Find out all about this major new building here.