Share
The first case focuses on a silver cigar box from the College's silver collection. 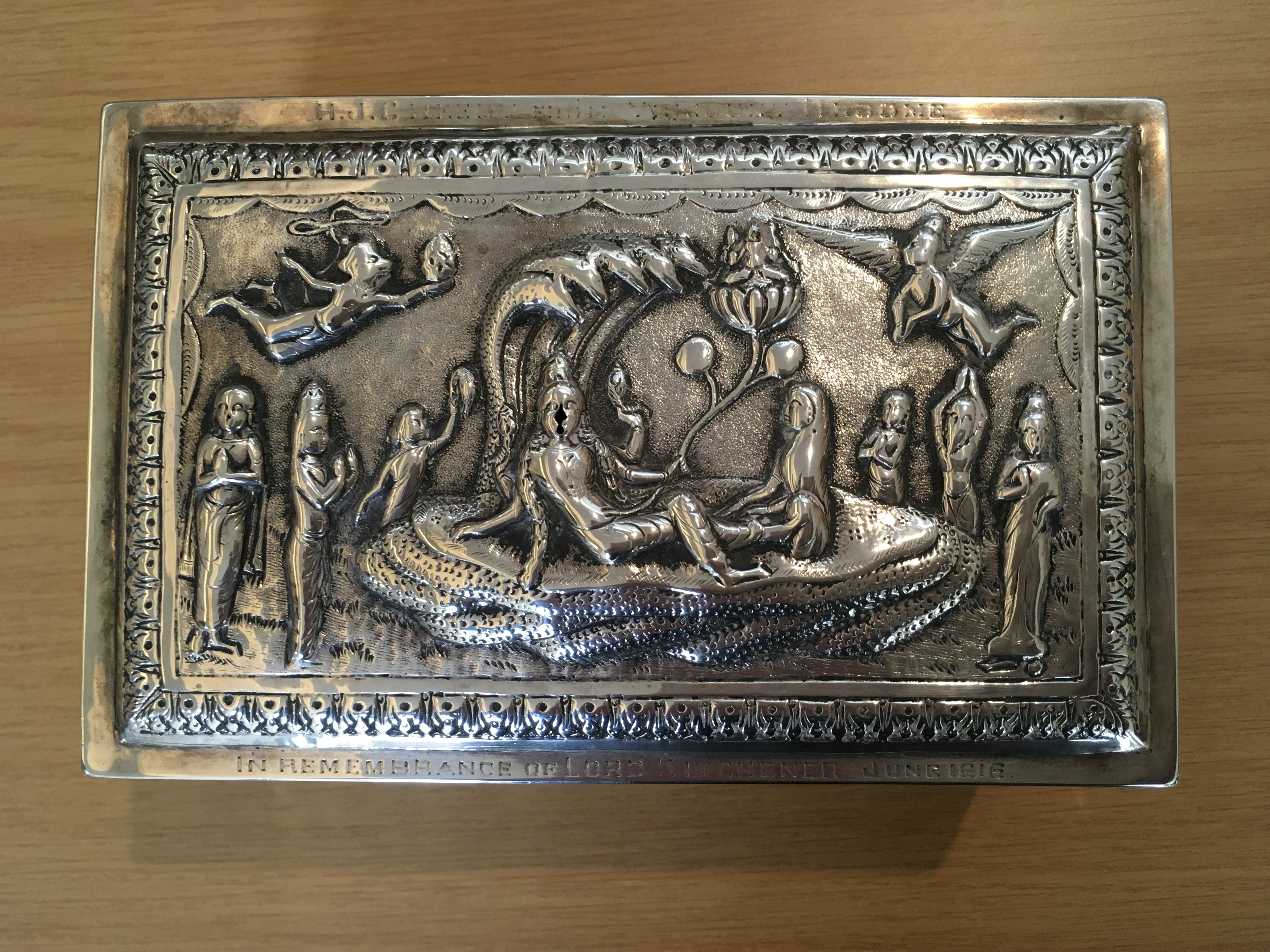 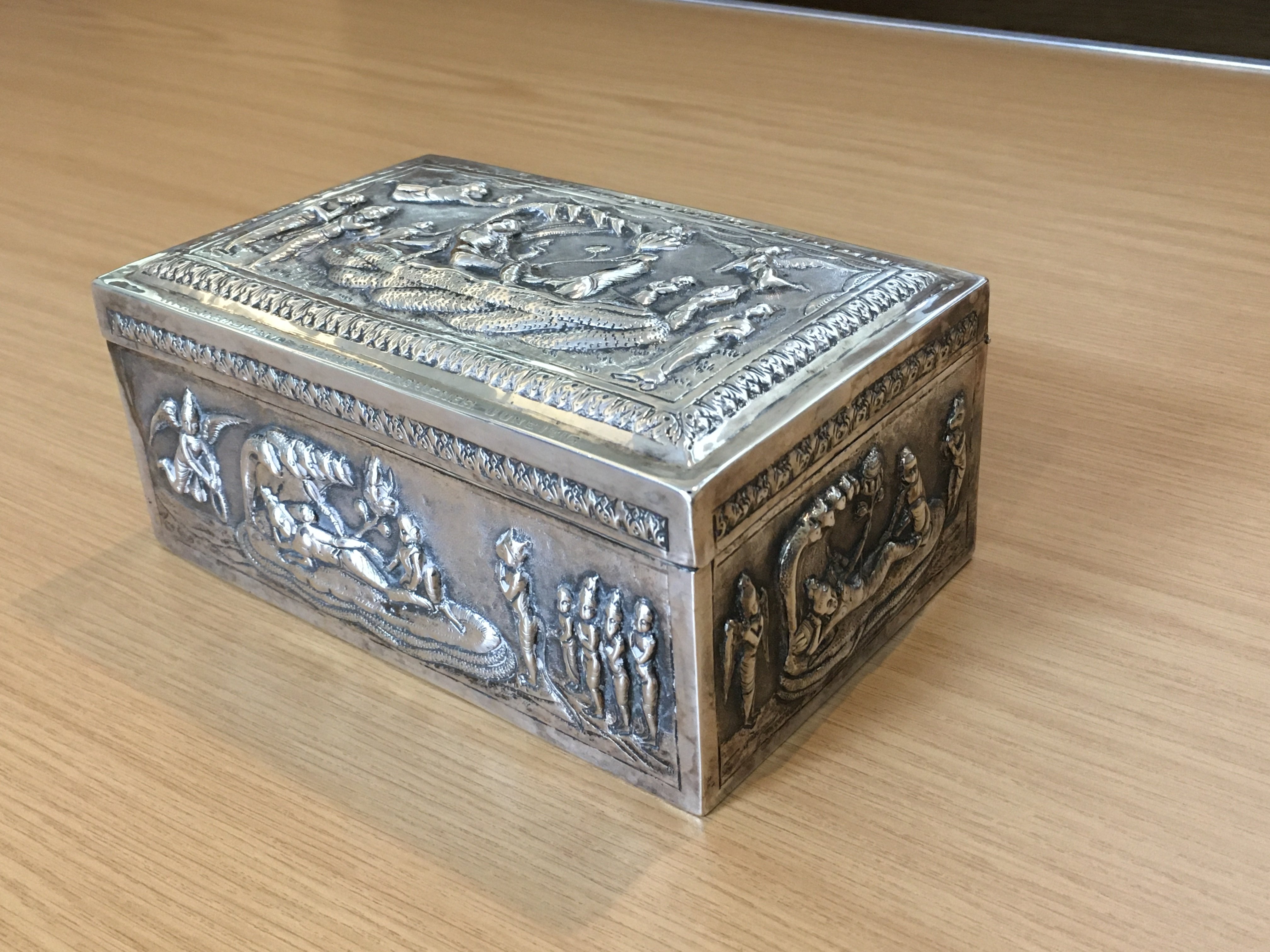 This silver cigar box is from the College’s silver collection, where it stands out because of its unusual craftsmanship and origins amidst the primarily British and European pieces owned by St. John’s. The box consists of a wooden core covered with silver sheets that have been hammered from the reverse side to make a design in low relief – a type of metalworking technique known as Repoussé. Such objects were widely produced from the nineteenth century by both Indian and immigrant British silver-workers on the Indian subcontinent, and were popular amongst British colonial administrators and their families. The design on this box depicts the Brahmanical Hindu deity Vishnu, accompanied by his consort, the Goddess Lakshmi, resting on the coils of the cosmic serpent, Shesha Naga, and was probably made in Southern India. 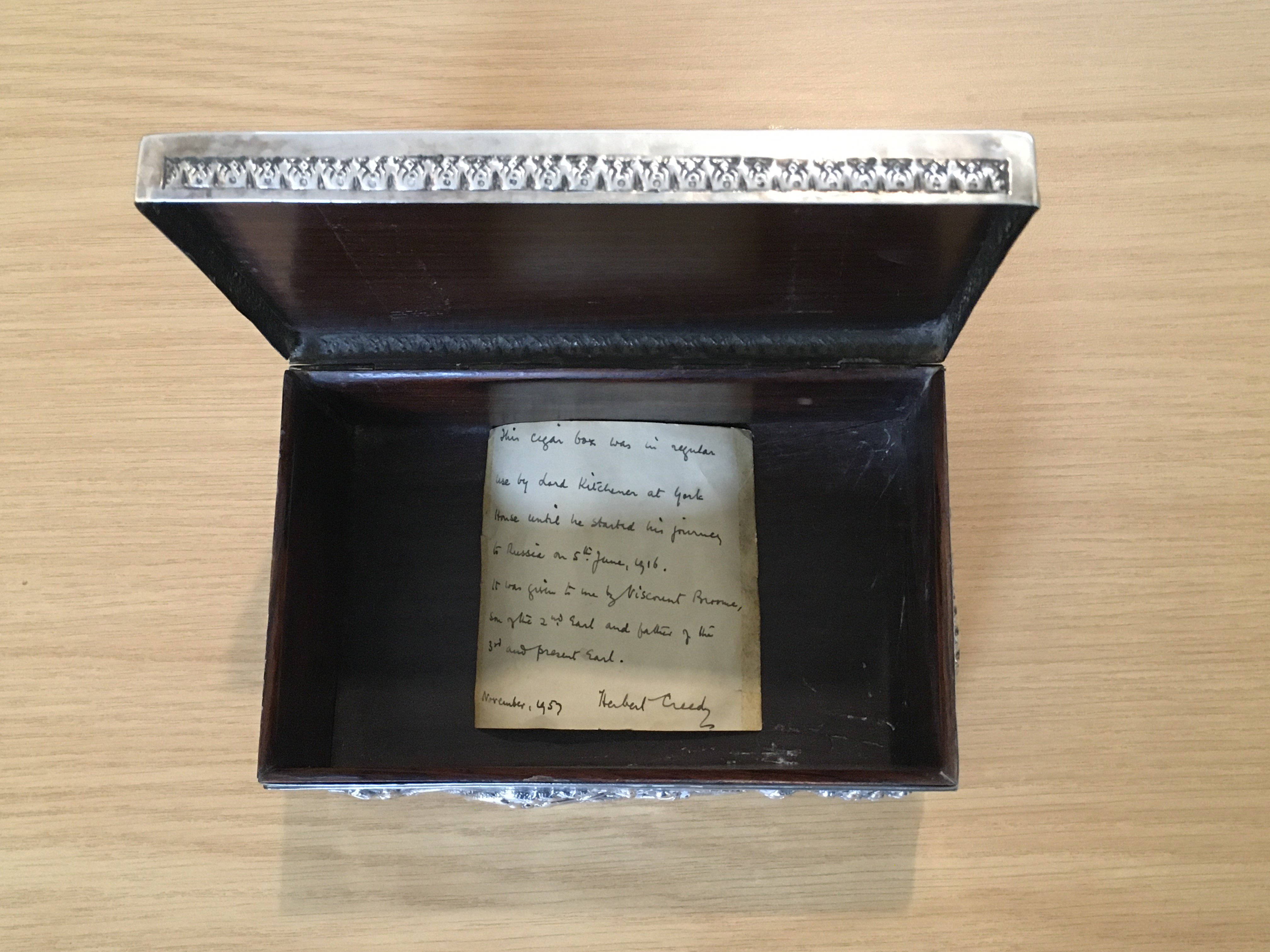 It seems likely that this cigar box was acquired by Horiato Herbert Kitchener during his time in India where he arrived as Commander-in-Chief of the Indian Army in 1902, and remained there until 1909. In August 1914, following the outbreak of World War One, Kitchener was made Secretary of State for War. Herbert Creedy was Private Secretary to the Secretary of State from 1913 and served under Kitchener in the War Office until 1916. On 5 June, 1916, Kitchener sailed for Russia on an armoured cruiser, the H.M.S. Hampshire. The ship struck a German mine off the Orkney Islands the same evening and went down with nearly all hands aboard, including Kitchener.

On the top edge of the silver box is inscribed: “H. J. Creedy from Viscount Broome” and on the bottom edge: “In Remembrance of Lord Kitchener, June 1916”. Henry Franklin Kitchener, Viscount Broome (1878–1928), was Herbert Kitchener’s nephew. H. J. Creedy was an alumnus and Honorary Fellow of St. John’s.

Inside the box we found a note inside in H. J. Creedy’s handwriting, dated 1957, the year Creedy presented the box to the College. The note (which can be seen here, next to the box) tells us that, “This cigar box was in regular use by Lord Kitchener at York House until he started his journey to Russia on 5 June, 1916”. 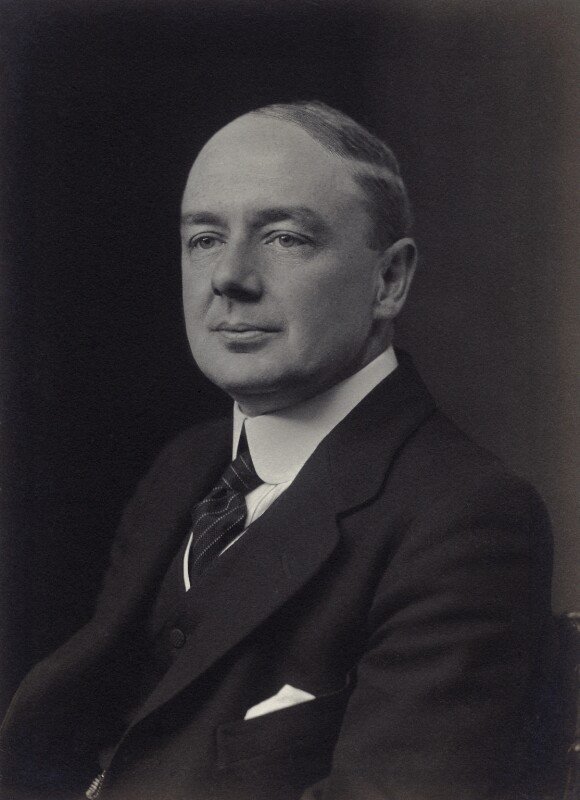 Herbert James Creedy (1878 -1973), civil servant, was educated at Merchant Taylors’ School London, and won a scholarship to St. John’s College, where he was an undergraduate from 1896-1900. He took a Double First (First Class Honours in both parts of an undergraduate degree) and was a Senior Scholar at the College from 1901-1905.  Creedy joined the War Office as a clerk of the higher division in 1901, and remained closely associated with the running of it until his retirement in 1939. During this time he served seven War Ministers including Asquith, Kitchener and Churchill.

Horatio Herbert, Earl Kitchener of Khartoum (1850–1916), soldier and statesman, was a controversial figure in his own time, admired and reviled for his prominent roles in military campaigns in various parts of the British Empire. This was particularly the case in his defeat of the Mahdist forces at the Battle of Omdurman, Sudan in 1898 which was popularly hailed for having ‘avenged’ the death of General Charles George Gordon in Khartoum in 1885. Kitchener authorised various actions in the aftermath of Omdurman, on the battlefield and elsewhere in Sudan, that were widely criticised, including by Winston Churchill, who fought in the battle itself. Kitchener was a key figure in the Boer War (1899-1902) where he played an instrumental role in the policy of incarcerating Boer (Dutch South African) women and children in ‘concentration camps’. He returned to England to a hero’s welcome for his successes during the South African campaign. Kitchener had a contentious reputation, in the countries he worked in as well as amongst many of those whom he worked with. But he appears to have been revered by Herbert Creedy [SJC: 1896-1900], who served Kitchener in 1914-1916, when Kitchener was Secretary of State for War.