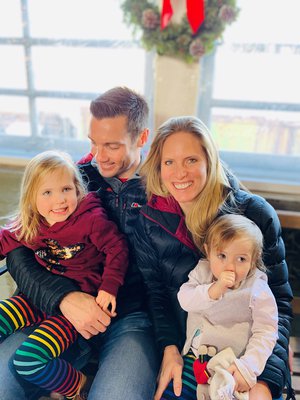 Andrew Tiernan matriculated in 2000 and read English at St John’s.  Following an internship at 3M in their US Headquarters and a year working for the same company in the UK, Andrew joined the British Army and commissioned from the Royal Military Academy at Sandhurst in 2005 into the Grenadier Guards.  Since then, he has served on multiple operational tours in Iraq and Afghanistan and worked throughout the Middle East.  Andrew is married to Dorothy who is from Minnesota, USA, and they have two young daughters, Seraphina and Freya.  Andrew was inspired by his wife, daughters and family to support the Women’s Network, particularly given recent changes in the USA.  He has witnessed the positive impact that women can have on male-dominated organisations and believes that male allies are needed to support women in addressing inequality.