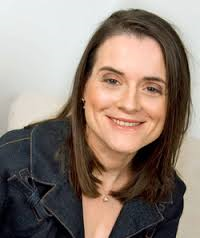 Bronwen Maddox (1982, PPE) became the new Director of the Institute for Government in September 2016. The Institute is a leading think tank working to improve government by making better decisions and implementing them.

Previously, Bronwen was Editor and Chief Executive of Prospect Magazine, the UK’s leading current affairs and culture monthly title with a circulation of more than 32,000. Her aim was to build on Prospect’s reputation for intellectual rigour and originality. In May 2016, she held a high-profile interview with fellow St John’s alumnus and former Prime Minister Tony Blair (Jurisprudence, 1972), the subject of the cover story of her final issue.

Before joining Prospect, Bronwen spent 14 years at The Times. She was the paper’s Chief Foreign Commentator, Foreign Editor, US Editor and Washington Bureau Chief. She also worked at the Financial Times, where she led its award-winning investigation into Robert Maxwell and served as a special correspondent on energy and the environment, and as an editorial writer on microeconomics and corporate regulation.

In Defence of America, Bronwen’s book arguing the case for supporting the US after the Iraq war, was published in 2008.

In addition to her role as Director of the Institute for Government, Bronwen is a Governor of the Ditchley Foundation. She previously served as a Member of the Council of Chatham House and a Trustee of the Imperial War Museum.