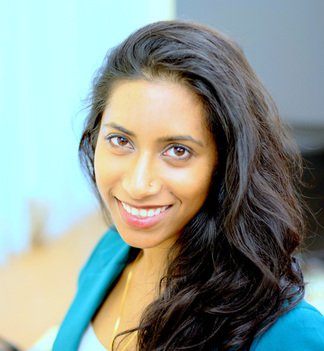 Disease susceptibility is a trait which varies across individuals and populations in susceptibility, mechanism and age of onset. The environment plays a major role in the distribution of genetic and non-genetic contributors to the variability of disease. Sri uses computational, anthropological, molecular and statistical approaches to understand how genetics act in the context of environment and other non-genetic factors to produce a trait.

Her work has significant implications for public health, as different individuals and populations experience environment changes in different ways.

Sri is the recipient of numerous awards including most recently a spot on the 2017 Forbes magazine 30 Under 30 list for Healthcare, in the United States. She was awarded an NIH NRSA fellowship for her post-doctoral research, and was named an Innovation Rising Star by Mass High Tech and the Boston Business Journal (2012). Prior to her time at Cornell, Sri completed her PhD studies at the University of Cambridge as a Gates Cambridge Scholar, and was awarded the Jane Moore Award for Most Outstanding Student by the British Association for Biological Anthropology and Osteoarchaeology for her PhD work.