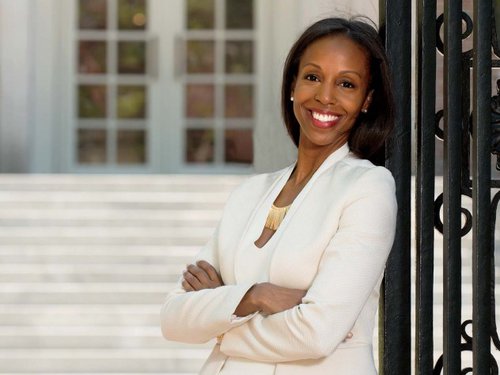 Sarah Lewis (2001, Economic and Social History) is a bestselling author, curator and an Assistant Professor at Harvard University in the Department of History of Art and Architecture and the Department of African and African American Studies.

Her essays on race, contemporary art and culture have been published in many journals as well as The New York Times, The New Yorker, Artforum, Art in America and for the Smithsonian, The Museum of Modern Art, and Rizzoli. She is the Guest Editor of the landmark “Vision & Justice” issue of Aperture which received the 2017 Infinity Award for Critical Writing and Research from the International Center of Photography. The issue was based on the topic of her first course at Harvard and the related exhibition at the Harvard Art Museums.

Sarah’s current book project, which lies at the intersection of African American Studies, Art History, and Slavic Studies, is under contract with Harvard University Press.  Her other book is The Los Angeles Times bestseller The Rise: Creativity, the Gift of Failure, and the Search for Mastery. It is a layered, story-driven investigation of how innovation, discovery and the creative process are all spurred on by advantages gleaned from improbable foundations.

She is a frequent keynote speaker at many universities and conferences such as TED, SXSW, PopTech, ASCD and for a wide range of organisations from the Aspen Institute to The Federal Reserve Bank.  She has been profiled in The New York Times, Vogue and The Wall Street Journal.

Sarah holds a Bachelor’s degree from Harvard, an MPhil from Oxford and a PhD from Yale. Before joining the faculty at Harvard, she held curatorial positions at The Museum of Modern Art in New York and the Tate Modern in London. She also served as a Critic at Yale University’s School of Art.  She is a Trustee of Creative Time, The CUNY Graduate Center, the Brearley School and the Andy Warhol Foundation of Visual Arts.