Ross McInnes (1973, PPE) is Chairman of the Board of Safran. He was appointed as Chairman after serving four years as Executive Vice President, Economic and Financial Affairs. In February 2015, he was appointed by the French Ministry of Foreign Affairs as Special Representative for relations with Australia. In November 2016, he was appointed ambassador for the promotion of the Ile-de-France (greater Paris area), then joined the High Committee for Corporate Governance. 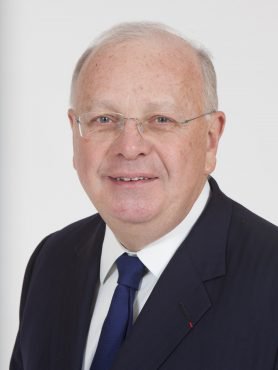 Ross also serves as a Non-Executive Director of IMI plc, Eutelsat and Faurecia.

He arrived in Paris aged one when his parents moved from Calcutta after his father was appointed head of the European office of Dow Jones. He spent his childhood in the capital and went to the Janson de Sailly school.

During his time at Oxford, he served as Treasurer of the Oxford Union in Trinity 1976.

Ross is Chevalier de la Légion d’Honneur and of the Mérite Agricole.