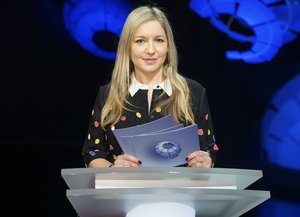 Victoria Coren Mitchell is an English writer, presenter and professional poker player. Coren Mitchell has been a columnist for The Observer, is currently a TV columnist at The Telegraph, and has hosted the BBC television quiz show Only Connect since 2008.