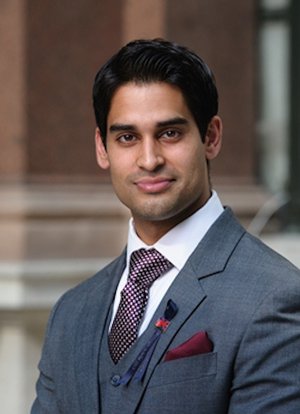 Following his time at Oxford, Jason practised as a medical doctor in the NHS and served in various other roles across the healthcare spectrum – in policy, management, media, teaching and research. This all fed into his ‘big picture’ understanding of healthcare and the pressing need to revolutionise healthcare systems everywhere to meet the demands of the future. He became a firm believer that global health systems could achieve long-term sustainability by being redesigned around patients.

In 2013, Jason was awarded a place at Harvard School of Public Health as a double Fulbright and British Universities of North America Trust Scholar to study global public health and explore different vehicles for achieving patient-centred, sustainable healthcare. He is now a Director at the International Consortium for Health Outcomes Measurement (ICHOM) – a global non-profit value based healthcare (VBHC) catalyst organization co-founded by Harvard Business School, the Boston Consulting Group, and the Karolinska Institutet. ICHOM’s aim is to inspire and facilitate the entire healthcare industry’s transition to VBHC, which focuses health systems on patient-centred outcomes data, and is  considered to be one of the single most effective solutions to the growing ‘sustainability’ problem in healthcare. 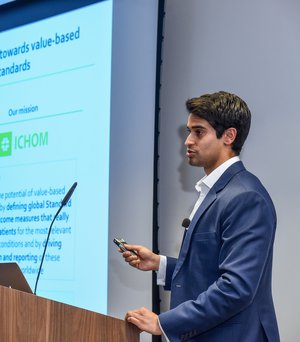 As part of a small team, Jason helped develop ICHOM from a Boston-based startup into an influential industry catalyst by building cutting-edge scientific collaborations with world-leading healthcare institutions. His and ICHOM’s work has been endorsed by national governments, top-performing hospitals and universities, patient charities, and billion-dollar life science companies in dozens of countries. To this end, Jason has worked closely with some of the world’s leading healthcare organisations, such as Medtronic, Novartis, Stanford Health Care, and Great Ormond Street Hospital.

Alongside keynote speeches on VBHC and patient-centred healthcare in countries including the UK, Brazil, South Africa, Greece, and the Netherlands, Jason has also produced and appeared on television, notably in the award-winning series Museum Secrets. He is a winner of numerous accolades – including the Lord Mayor of London’s 800th Anniversary Award, Harvard Business School Social Enterprise Initiative Award, and National Guild of Freemen prize. Jason was also awarded an Honorary Fellowship to the Royal Society of Arts of Great Britain and serves as a Young Global Leader at the Center for Healthcare Innovation in the USA.