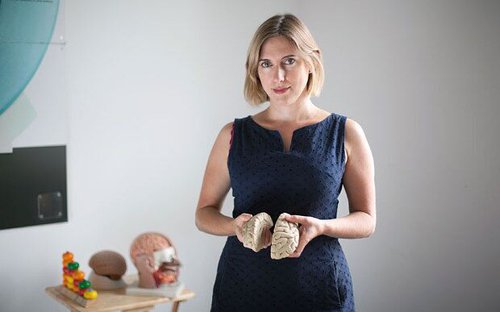 Amongst the many prizes Sarah-Jayne has been awarded for her research, she was honoured with the Klaus J Jacobs Prize in 2015 and the Royal Society Rosalind Franklin Award in 2013. In 2016, she was named one of Debretts 500 Most Influential People in Britain.  She was elected a World Economic Forum Young Global Leader Honouree in 2014 and one of 40 ‘Young Scientists’ invited to the Annual Meeting of the New Champions, World Economic Forum in China in 2012.

Sarah-Jayne is actively involved in engaging the public with science.  She frequently gives public lectures and talks at schools, has worked with the Select Committee for Education and acted as a scientific consultant on the BBC series The Human Mind in 2003. She gave a TED talk at TEDGlobal in Edinburgh in 2012. In 2015, she was interviewed on the BBC Radio 4 programme The Life Scientific. She worked with the Islington Community Theatre on their play, Brainstorm, written and performed by teenagers, which had two runs at the National Theatre in London in 2016, to national acclaim.